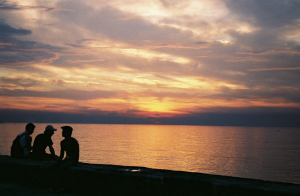 Now I know that I probably shouldn’t read too much into Romney’s stance on immigration, as it is subject to change depending on what crowd he is speaking to, but it makes me wonder how he defines “loving” and “neighbor”. I am not suggesting a free-for-all at the southern border, but I do believe that if Romney, and the rest of the Religious Right, really thought of the brown-skinned, Spanish-speaking foreigners they call “illegals” as their literal brothers and sisters (which our doctrine teaches us they are), they might treat them a little differently than they do now.
Contributors immigration mormons News Links Romney
Do you like this post?
Tweet