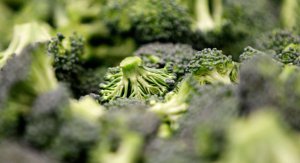 Did I even spell that right?  The Supreme Court of the United States of America heard oral arguments about the Affordable Care Act today - specifically the individual insurance mandate.  And the questions came hard and fast from the conservative justices on the Court.  In fact, somebody even posed the age-old question: if we allow the federal government to require individuals to require people to purchase health insurance, "what else can it not do?"  Can it not then require people to buy broccoli?  (And of course this was Scalia with this inquiry - although some people might have guessed Clarence Thomas; but alas, he has a policy not to ask any questions during oral arguments.  And I can sympathize.  When I am around people talking and sounding real smart, sometimes I don't like to say anything either.)  But Scalia's broccoli question puzzles me somewhat, considering that the same question has been asked for the past two years and was even posed on Fox News a few days back.  What I mean is this: at the very least, couldn't Scalia have been original and used a different example, like carrots?  Seriously, is broccoli the only healthy vegetable out there? Or does Scalia have stock in Green Giant?  Maybe he was hoping for an Etch-a-Sketch-style surge on Wall Street.

But all joking aside, I am following this story more than what my health insurance plan allows.  We have come too far and fought too hard for this victory to have it taken away by some conservative judges.  Checks and balances haven't seemed this fair since the Supreme Court voted Bush into the oval office in 2000.