White people are afraid to talk about race.

A tendency to hold prejudice is part of being human, and, speaking as a white person, there's a lot of uncertainty among white people about the difference between what's "okay" and what's being a racist. This, however, is a problem that's only made worse by claiming to be colorblind not talking about it. Here, then, are five books -- on racial identity, slavery, the 20th century, current issues, and race and Mormonism --  that will help you prepare for the next Black History Month and for the next time you encounter race. 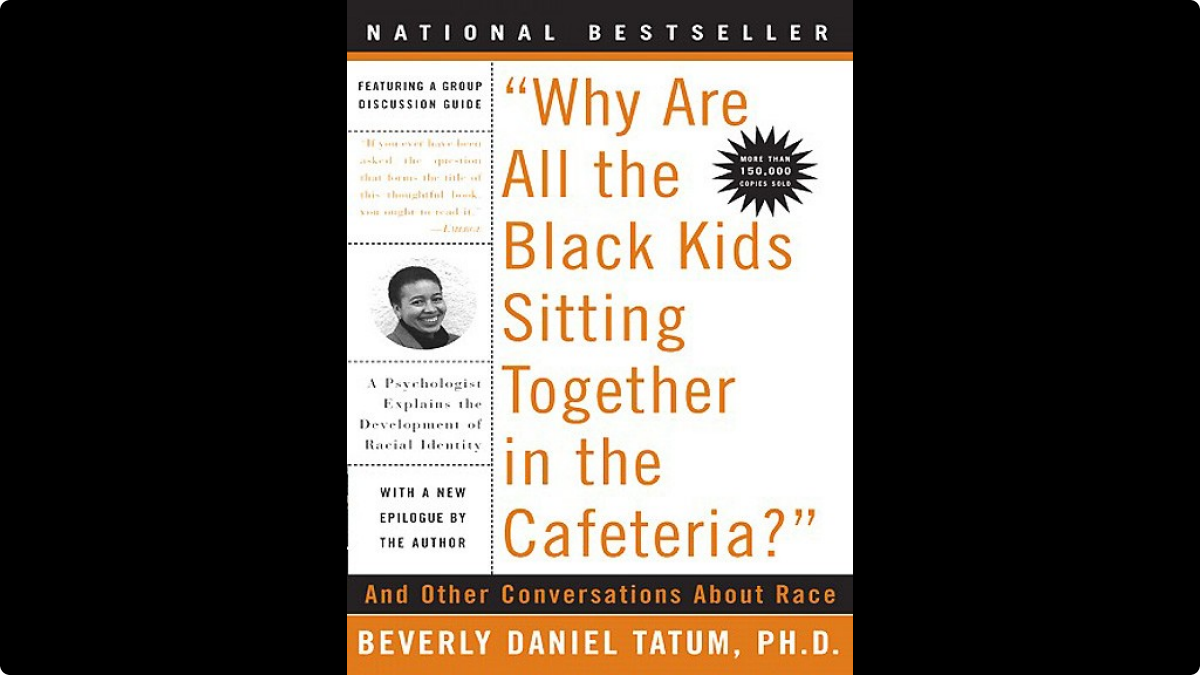 General: Beverly Daniel Tatum, Why Are All the Black Kids Sitting Together in the Cafeteria: And Other Conversations About Race (Basic, 2003) There's a reason this is a go-to book in classes around the country. Short and breezy, it offers an introduction to how people use "race" to figure out the world around them. It's especially helpful for understanding race and racism in high school, college, and early working years.

Honorable mentions: Us and Them: A History of Intolerance in America and Dreams from My Father

Slavery: Marcus Rediker, The Slave Ship: A Human History (Penguin, 2008) Vivid descriptions of the Middle Passage lead to arresting accounts of the relationships that formed on slave ships: between captain and crew, between the crew and the captives, and among the slaves as the slave trade and modern capitalism developed side by side.

Honorable mentions: The Hemmingses of Monticello and Soul by Soul

Twentieth Century: Jeanne Theoharis, The Rebellious Life of Mrs. Rosa Parks (Beacon, 2014) Did you know that Rosa Parks was a lifelong civil rights activist? That she fought against discrimination for decades both before and after the Montgomery bus boycott? Telling the story of Parks' life--from her girlhood in Alabama to her later years in Detroit--Theoharis shows the long arc of the civil rights movement and the ways it's not finished yet in the South or the North.

Honorable mentions: The Warmth of Other Suns and Radio Free Dixie

Current issues: Michelle Alexander, The New Jim Crow: Mass Incarceration in the Age of Colorblindness (New Press, 2012) The election of President Obama did not move us into a "post-racial" America. The War on Drugs and other policing efforts disproportionately target African-Americans and other people of color. If anyone is wondering why people are so quick to demonstrate against police brutality, or how police departments like the one in Ferguson, Missouri came to be so racist while adhering to "color blind" policies, Alexander's book is the place to start.

Race and Mormonism: Russell Stevenson, For the Cause of Righteousness: A Global History of Blacks and Mormonism, 1830-2013 (Greg Kofford, 2014) We Latter-day Saints have our own fraught story about race and racism, made more complicated by our global missionary efforts. Stevenson's book offers brief historical overviews along with primary documents about this story in Africa and the Americas. (Full disclosure: I read it before publication and provided a blurb.) Stevenson has also helped organize a fireside with Ty Mansfield on race, sexual orientation, and gender identity that is happening in the Salt Lake area on Sunday, March 8th.

Honorable mentions: Religion of a Different Color and All Abraham's Children

If, for whatever reason, you can't find any of these books, be sure to read Ta-Nehisi Coates' feature article "The Case for Reparations." It pulls together much of this history in an important argument regarding our country's past and future.

These five books (and one article) don't come anywhere close to a complete list, but any one of them will make you more aware of how race shapes our lives. They will also help you be more comfortable talking about race with friends and family and be better able to take anti-racist action that will make a difference.

Update: As a reader on Facebook pointed out, conversations about race can quickly bog down into debates about white privilege. This can be especially true for those of us with pioneer ancestors, who end up pointing to the (real) deprivations and prejudice Latter-day Saints have faced throughout history (even though would-be persecutors don't know we're LDS just by looking at us). To better understand privilege, and how being a (white) Latter-day Saint is absolutely not the same thing as being a Black American, I strongly recommend the essay by Peggy McIntosh, "White Privilege: Unpacking the Invisible Backpack," which can be found here.