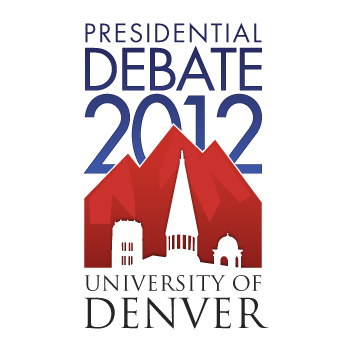 Tonight is the "domestic issues" debate of 2012. Two of the 6 major candidates for President of the United States of America will face off in a debate. Here are five of the questions I'm pretty sure I won't get answers to from either man:

1) Should we really be killing people with unmanned drones? Bonus question: is it really okay to have a secret list of American citizens being targeted for assassination? What about due process? Reasoning: In the Book of Mormon (Alma 48:14--see below) we read of people advised against going on offense in war. These people were also taught to fight only to preserve their own lives. Have we crossed that line with drones and targeted assassinations of our own citizens?

Now the Nephites were taught to defend themselves against their enemies, even to the shedding of blood if it were necessary; yea, and they were also taught never to give an offense, yea, and never to raise the sword except it were against an enemy, except it were to preserve their lives.

2) Is it okay to lie/cheat/steal, or isn't it?
The folks over at switchyourbank.org have compiled a depressing list of scandals involving the nations megabanks. Some of these things have been "punished," if slapping the banks with a tiny fine counts as "punishment." We Mormons believe that lying, cheating, and stealing--particularly when it involves other folks' money--are punishable by law, regardless of who the person is. Elder Dallin H. Oaks, current member of the Quorum of the Twelve and former Utah Supreme Court Justice, believes that fraud, like the stuff linked to above, is a bad thing. So, should we fundamentally reform the system and then punish those responsible, or just let them go with a slap on the wrist?

"Our duty is clear. The Savior gave us the Golden Rule: “All things whatsoever ye would that men should do to you, do ye even so to them” ( Matt. 7:12 ). Satan’s position is the opposite. He sponsors self-interest, raw and unrefined by any other consideration. One of his most effective tools is the temptation to take unfair advantage in order to get gain. It has been so from the beginning." . . . . The marketplace for products and services has many potential buyers who are vulnerable because they are poorly informed or excessively trusting. For example, a friend told me of a young student couple who didn’t have enough money for rent, groceries, and tuition but were persuaded to signup for an expensive self-improvement course. Can a seller ever justify obtaining personal profit by persuading someone to assume a financial burden he cannot wisely bear in order to acquire something he does not really need? The Prophet Joseph Smith taught that Latter-day Saints should deal justly with their neighbors and mercifully with the poor (see History of the Church, 5:401).

3) Are we going to do anything about global warming?
The LDS faith is definitely an environmental faith. (see ldsearthstewardship.org). We believe we don't "own" the earth or anything living on it. We are merely its stewards. And stewards generally have a responsibility to not . . . completely ruin that which they have stewardship over:

From a theological perspective, then, the Latter-day Saints lived in an undifferentiated temporal and spiritual world, building God’s kingdom on earth and in heaven under the leadership of divinely commissioned prophets. In the most profound sense, prophetic leaders expected the Mormons to reweave entrepreneurship and stewardship into a seamless garment. Those who wore this garment carried a sacred obligation to build God’s kingdom on earth as they exercised their stewardship in an environmentally responsible way. The Mormon view—as taught by Joseph Smith and reinforced by Brigham Young and his colleagues—bore little relationship to classic American agrarianism or to nineteenth-century capitalism. The earth and its animal and vegetable inhabitants were living organisms with souls—not possessions, much less commodities. Every living thing occupied a place in God’s domain, and while each creation—the earth, the animals, the plants, and human beings—relied on one another, none owned the earth. As a living creation of God, the earth belonged only to Him, and it had an end in itself. Source.

4) Should we really be waging war on drugs, or should we be reaching out to our brothers and sisters afflicted with addiction?
The question of war vs. service seems pretty straightforward for Mormons. Rather than fighting with the horrible effects of drug abuse, let's reach out and address the root cause through service. This type of physical and temporal service is central to the Mormon faith:

"In a similar way, our spiritual progress is inseparably bound together with the temporal service we give to others. The one complements the other. The one without the other is a counterfeit of God’s plan of happiness." -Elder Uchtdorf of the Quorum of the 12 Apostles
"In one of the most classic confrontations in the Bible, the Lord asked Cain, “Where is Abel thy brother?” Cain answered, “Am I my brother’s keeper?” ( Gen. 4:9 ). I put to each of us that same query: Are we our brother’s keeper? King Benjamin taught, “Ye will teach them to love one another, and to serve one another” ( Mosiah 4:15 ). One of the great transcending principles that we teach in the Church is that we’re trying to meet the needs of others. We talk frequently about service. -President James E. Faust of the First Presidency.

5) Is there a way to feed the country (the whole country) without abusing animals or destroying crops?
We are taught that where our treasure is, there will our heart be also (3 Ne 13:21). Too often it seems that our "treasure" as a nation is a single-minded focused on profit, which leads to factory farms, mysterious bee disappearances, companies patenting life forms, etc. Why are we letting this happen?
What other questions would you like to see answered tonight? Post your suggestions, and your thoughts about the debate, in the comments below.
Do you like this post?
Tweet