Is Obamacare Doomed for Failure? 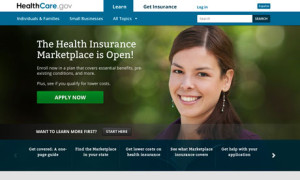 When the media finds a narrative it loves, it tends to hang on, even when the facts do not compute. The poll numbers for the Affordable Care Act (ACA), or Obamacare, have plummeted since the embarrassingly flawed roll-out of the online health insurance exchanges, and as reports spread regarding cancellations of some lower-grade insurance policies. And while some of the recent criticism of the health law is appropriate and much of the damage self-inflicted, polls also show that most Americans know very little about the health reform law. “Health Affairs,” a leading peer-reviewed journal on health policy, recently conducted a survey of top health care executives from large hospitals and health care systems across the U.S. and found surprisingly positive viewpoints about the prospects for ACA’s success. It is noteworthy that the individuals polled for this survey are health policy leaders who are well informed on how care is delivered and health care budgets are managed. Of those surveyed 65 percent believe that the U.S. healthcare system will be somewhat or significantly better than it is today by 2020. When asked about the prospects for improvements in their own organizations, 93 percent predict that the quality of care will improve. Similar attitudes were forecasted for reductions in cost and improvement in delivery of care all around.

As the next phase of ACA begins with the new year, we will continue to see progress, albeit with a few more bumps in the road. A senior representative of the Kaiser Family Foundation, a non-partisan health care policy think tank, recently predicted the following for 2014:

"There also will undoubtedly be technical glitches in the eligibility and enrollment systems that are being created from scratch on a tight schedule. Some people will see their premiums increase, and anecdotes about those cases will undoubtedly be highlighted in the media. The fact that others will see their costs decrease or will have insurance that offers better benefits and more secure coverage may be overlooked. Although personal out-of-pocket costs for health care should decrease for most people, some may nonetheless perceive their deductibles and co-pays as unaffordable."

Does that sound even remotely similar to many of the horrific predictions the media and many politicians are making about ACA’s future? Of course not. Health policy experts largely see the health care system moving in the right direction. In fact, MIT health care economist Jonathan Gruber, who was the architect of Mitt Romney’s health care plan in Massachusetts, estimates that only three percent of Americans will end up having to pay more for their insurance under ACA, while tens of millions will end up clear winners under the law, especially those who were previously uninsured and who now have affordable access to insurance.

While the media, abetted by a Republican Party that wants to see health care reform fail, focuses on the HealthCare.gov glitches, news about Obamacare’s success in slowing health care cost inflation has largely been unnoticed. As the Nobel-prize winning economist Paul Krugman writes:

This stark success in curbing health care cost inflation can be attributed to several ACA reforms, including Medicare’s reduction in over-payments, and its shift from fee-for-service, a scheme in which medical providers get paid by the procedure, to accountable care, under which providers are paid for overall success in improving a patient’s condition. Also, Medicare now penalizes hospitals if many of their patients end up being readmitted soon after their release. As a result, readmission rates have dropped substantially. Krugman points out that there is evidence that Medicare savings has a “spill over” effect on the rest of the health care system as private insurance companies adopt some of these good practices. Once the Independent Payment Advisory Board is fully staffed, which will have authority to implement additional cost-reduction measures, more savings will be realized. In fact a new report shows that for the first time in over a decade, “health care spending grew more slowly than the U.S. economy from 2010 to 2012.”

Improvements in health cost inflation are not the only Obamacare success. As of December 31, 2013, over two million people were enrolled in new health insurance plans through the federal and state health insurance online exchanges. While this is significantly less than what the Obama administration hoped for prior to the implementation of the exchanges, it is a noteworthy achievement given that the federally-run HealthCare.gov website was practically inoperable for nearly two thirds of the enrollment period. While some of those enrollments include those whose policies were cancelled, many are previously uninsured families obtaining insurance for the first time. In addition to those who have enrolled for new health insurance in the online exchanges, four million more people have qualified for Medicaid and another 3.1 million young adults are now covered by their parents’ insurance plans, thanks to ACA. Some estimates suggest that as many as nine million Americans have gained health insurance coverage because of ACA. The administration hopes to have seven million enrolled in the insurance exchanges by the end of March 2014, when the individual insurance mandate finally takes effect. Additionally, many Republican governors who previously shunned the Medicaid expansion under ACA are now eyeing the success of the program in other states and some are considering adopting it, which would further reduce the number of uninsured.

Despite these important successes, there will inevitably be challenges moving forward. However, major reform in the U.S. has always arrived piecemeal. Social Security and Medicare, as we know them today, were enacted over time in a series of reforms. The same was true for civil rights legislation, which spanned decades to defeat Jim Crow laws, segregation, and so forth. And the same will be true of ACA. Overcoming the monumental challenges our health system faced prior to ACA will take some time. Recall that prior to the 2008 recession, the number one cause of personal bankruptcy in the U.S. was medical bills not covered by insurance. There were over 40 million uninsured Americans and tens of millions who were under-insured. Prior to ACA’s passage, 45,000 Americans died each year due to a lack of health insurance, according to a Harvard University study in 2009. Let’s not forget the horror stories of the health insurance industry’s horrific routine practices of denying coverage to people (including children) with pre-existing conditions, and placing annual and lifetime caps on benefits. Just imagine the shock of being diagnosed with cancer. After receiving a few months of expensive treatment, you learn that your insurance company will not cover any additional treatments as you have reached your annual or lifetime limit. Because you have cancer, you haven’t been to work in a while. You end up mortgaging your house, taking out all the equity to pay for more cancer treatment. Not too far along comes bankruptcy. That scenario was real for all too many Americans. But thanks to ACA, bankruptcy due to medical bills, and deaths due a lack of access to adequate health care will largely be a thing of the past. As we read the Obamacare headlines in 2014, let’s keep things in perspective and remember how far we have come since 2010 and how much further we can go.