Over the last weekend, a pair of articles regarding the Church and free speech popped up on my Facebook feed. 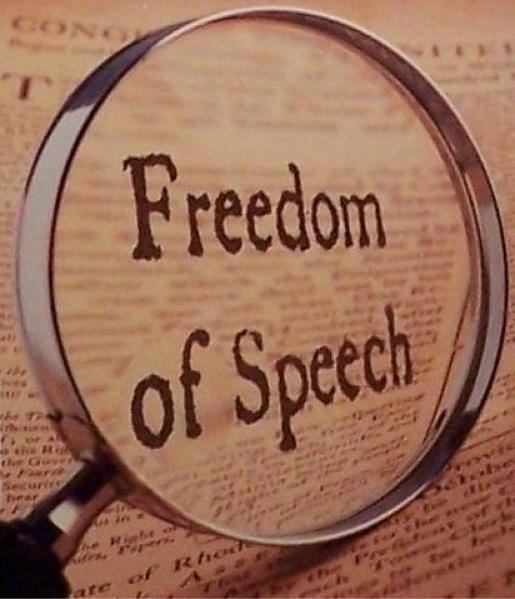 Both articles point out the Church’s response to The Book of Mormon Broadway musical, in which the Church does not condemn the play—which vigorously ridicules the Church—but has countered in a press release stating that “The production may attempt to entertain audiences for an evening, but the Book of Mormon as a volume of scripture will change people’s lives forever by bringing them closer to Christ.”In a tongue-in-cheek manner, the Church also took out space in The Book of Mormon’s playbill in an ad that read, “You Saw the Play, Now Read the Book (The Book is Always Better).” While I appreciated the positive outlook on the Church’s response and free speech advocacy, what didn’t sit well with me was the comparison to works that were antagonistic to or outright anti-Islamic.

For example, the Forbes article praises the Church leadership and hierarchy for not condemning the play, pressuring venues and cities to not host the play, or threatening violence. The implication is that while the Church has taken a passive route to a satirical Broadway ridiculing, Islam has not.

During both my undergraduate and graduate studies, I had the opportunity to study a fair bit about Islam due to the nature of my programs in Political Science and Homeland Security. One thing that the Forbes and Wall Street Journal articles neglect to point out about Islam is that there is no all-encompassing Islamic hierarchy of religious authority. Whereas The Church of Jesus Christ of Latter-day Saints has a very organized line of authority, Islam’s various branches do not. There’s no pope-like figure at the head of Islam that has a say or influence over the Sunnis, Shi'a, Khawarij, Ahmadiyya or Sufi’s.

Bret Stephens, the author of Muslims, Mormons and Liberals, calls Sheikh Yusuf Qaradawi “the closest thing Sunni Islam has to a pope” when citing an inflammatory remark, but the Sheikh doesn’t hold an authoritative position that can make a doctrinally profound impact in the way that Pope Francis can for Catholicism or President Monson can for the LDS Church. Mr. Stephens also fails to state how any of the Sheikh’s comments may be accepted, rejected or interpreted by the Barelvi or Deoband movement within Sunni Islam, or the Hanafi, Hanbali, Maliki or Shafi’i schools of thought. Not to mention that what a Sunni Sheikh says has little or no relevance to or influence over the other Islamic branches.

With that said, I’d like to address a couple of points about free speech that the authors of the Forbes and Wall Street Journal articles make—and seem to neglect. There is praise heaped upon the Church for taking a passive route and not condemning the play or pressuring venues and cities to not host it. For Forbes, Stuart Anderson says that “The leaders of the Church of Jesus Christ of Latter-day Saints understand the same First Amendment that gives people the right to poke fun at their religion also guarantees Mormons the right to practice that religion freely in America.” In the Journal, Mr. Stephens said that “the whole purpose of free speech is to protect unpopular, heretical, vulgar and stupid views.”

Interestingly, both authors fail to point out that it is perfectly within the parameters and rights of free speech to use influence to apply pressure, protest, and condemn things we disagree with. (See both sides of the issue with same-sex marriage.) While the Church should definitely be commended for turning the other cheek and taking things in stride when it comes to The Book of Mormon musical, it is the American Islamic community’s absolute right to protest and condemn something that they find offensive, like the “Draw Mohammad” event held in Garland, TX on May 3.

Mr. Anderson and Mr. Stephens (rightfully) point out the extreme, violent reaction to incidents like Charlie Hebdo’s Islamic satire and the Garland “Draw Mohammad” event. Indeed, these are incorrect and reprehensible responses to incidents where the exercise of freedom of speech is found offensive. However, when these incidents happen, some seem to throw the blame on Islam as a whole, which is an inappropriate response for a number of reasons. Islam is a worldwide religion practiced by 1.6 billion people; incidents of violence—including large incidents like 9/11—have been carried out by a small percentage of Islamic adherents. Violence carried out in the name of Islam has been widely—and internationally—condemned (see a list at the end of this piece). To blame Islam in general with its various sects and schools of thought for the violent actions of a few radicals makes as much sense as blaming the LDS Church for the heretical (and illegal) actions of polygamous sects that share a common origin in the Restorative actions of the Prophet Joseph Smith, but are otherwise unrelated in terms of modern worship and religious practice.

It is perfectly acceptable to, as Mr. Anderson stated, realize that the First Amendment gives us the right to freely worship as we see fit and allows others to relentlessly (and even offensively) mock religious worship. That’s part of the First Amendment deal. But the First Amendment also grants us the right to respond to things we find offensive and distasteful. Just as the Church is free to respond to The Book of Mormon musical through humorous playbill ads and non-confrontational press releases, the Islamic communities in the U.S. and other countries where free speech is the law of the land are free to openly object to things they find offensive. While violence is never the answer, condemnation and asserting influence is certainly fair game.

Notes: The following are incidents where violence carried out in the name of Islam were condemned by the international Islamic community.