Mormonism Stayed off the Table: Thank You OFA and DNC 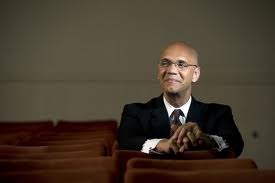 It's hard to believe that the election ended less than two weeks ago. I didn't post much the last few weeks of the campaign because I was knocking doors in Florida, and there's one thing I must say:

In the most high-profile anti-Mormon maneuver by a surrogate of which I am aware, she quickly announced her regret for her remarks. I recognize this effort didn't prevent Bill Maher, Andrew Sullivan, and other pundits from attacking the Church, and that we read some news stories that were uncomfortable-but-accurate, but I think these things further underscore the tremendous amount of work the campaign did to keep Mormonism a non-issue in its own operations. Throughout the campaign, Latter-day Saints on the other side of the political aisle would ask me, "What are you going to do when they attack Mormonism in late October?" I told them, "Not going to happen." Thank you again, OFA and DNC, for proving me right and for running a great campaign.

Too often we fail to recognize what goes right in politics. If you (Latter-day Saint or otherwise), want to express your thanks to Obama for America and the Democratic National Committee for keeping Mormonism out of it, I encourage you to leave your name and state in the comments.