I think prisons should be abolished. If you think that’s radical, remember (or learn) that Joseph Smith essentially thought the same. 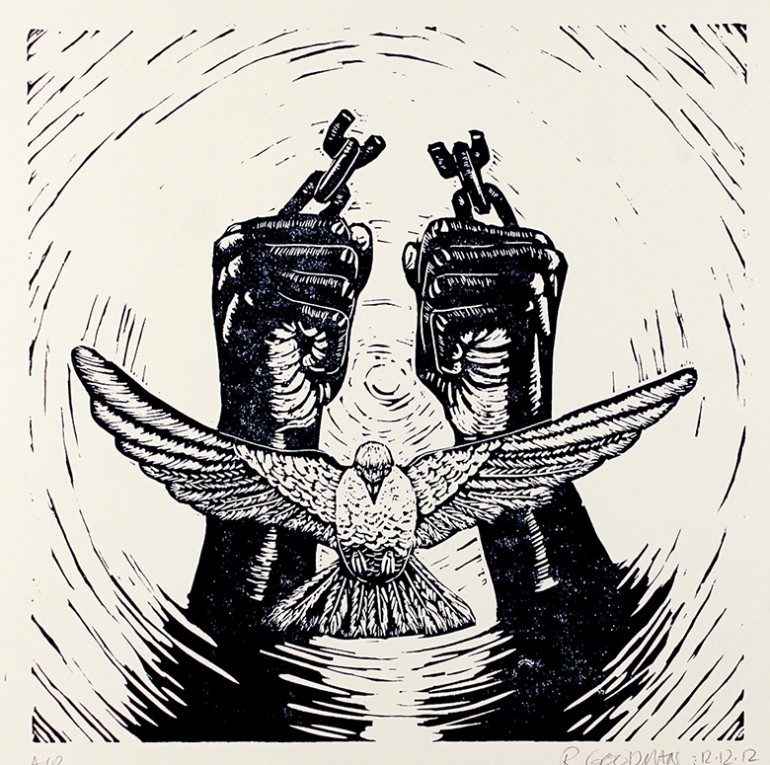 Many folks don’t know that Joseph Smith ran for president in 1844. I’m not a historian and the point of this post isn’t to hash out the liberal or conservativeness of Joseph’s political opinions. Instead, I will briefly point out a wide variety of problems with the current American prison industrial complex and argue that Mormons should go beyond Praising the Man and enact some of his more political prophetic beliefs.

First, to address what Joseph had to say on the subject (pulled from here):

Petition your State Legislatures to pardon every convict in their several penitentiaries, blessing them as they go, and saying to them, in the name of the Lord, Go thy way and sin no more.

Advise your legislators, when they make laws for larceny, burglary, or any felony, to make the penalty applicable to work upon roads, public works, or any place where the culprit can be taught more wisdom and more virtue, and become more enlightened. Rigor and seclusion will never do as much to reform the propensities of men as reason and friendship. Murder only ran claim confinement or death. Let the penitentiaries be turned into seminaries of learning, where intelligence, like the angels of heaven, would banish such fragments of barbarism. Imprisonment for debt is a meaner practice than the savage tolerates, with all his ferocity. "Amor vincit omnia."

I do not advocate for this method exactly, and I highly doubt a significant number of Mormons today would either, as much as I sympathize with his belief in the power of love. But his aversion to prisons is spot on, and we would do well to let his words inspire our study of what is today a prison industrial complex in America.

Critical Resistance, a group that advocates for the abolition of prisons, defines the prison industrial complex this way:

“The prison industrial complex (PIC) is a term we use to describe the overlapping interests of government and industry that use surveillance, policing, and imprisonment as solutions to economic, social and political problems.

Through its reach and impact, the PIC helps and maintains the authority of people who get their power through racial, economic and other privileges. There are many ways this power is collected and maintained through the PIC, including creating mass media images that keep alive stereotypes of people of color, poor people, queer people, immigrants, youth, and other oppressed communities as criminal, delinquent, or deviant. This power is also maintained by earning huge profits for private companies that deal with prisons and police forces; helping earn political gains for “tough on crime” politicians; increasing the influence of prison guard and police unions; and eliminating social and political dissent by oppressed communities that make demands for self-determination and reorganization of power in the US.”

Put simply, I don’t think prisons do what they’re intended to do, and they create more problems than they solve. They are an ethical stain on our society, and it’s appalling that we haven’t done more to ameliorate it.

Most prison abolitionists would argue that dangerous people are not just shady characters who can’t be remediated- they are in need of appropriate mental healthcare and should be sent to a facility that can administer that care, not just put in a box. The history of mental health hospitals in America is no shining example of success either, but these facilities can and should be improved and the services started for individuals earlier on than when we suddenly realize a person needs to be locked up for life to protect those around them.

Abolishing prisons would not just mean opening the doors to release the imprisoned and tear down the buildings that held them (despite Joseph’s idealist whims in that address). It would mean serious economic and healthcare reform to address the racist and economically exploitative system that doesn’t actually effectively stop crime in the first place, and instead leads to incredibly high recidivism rates and debilitates released prisoners who struggle to get jobs with prison on their record, not to mention lost years of training, education, and networks.

I love lists and there are too many complex aspects of the prison industrial complex that need to be mentioned, so here are a plethora of other problems with this system:

To deliver up bodies destined for profitable punishment, the political economy of prisons relies on racialized assumptions of criminality -- such as images of black welfare mothers reproducing criminal children -- and on racist practices in arrest, conviction, and sentencing patterns. Colored bodies constitute the main human raw material in this vast experiment to disappear the major social problems of our time. Once the aura of magic is stripped away from the imprisonment solution, what is revealed is racism, class bias, and the parasitic seduction of capitalist profit. The prison industrial system materially and morally impoverishes its inhabitants and devours the social wealth needed to address the very problems that have led to spiraling numbers of prisoners.

As prisons take up more and more space on the social landscape, other government programs that have previously sought to respond to social needs -- such as Temporary Assistance to Needy Families -- are being squeezed out of existence. The deterioration of public education, including prioritizing discipline and security over learning in public schools located in poor communities, is directly related to the prison "solution." 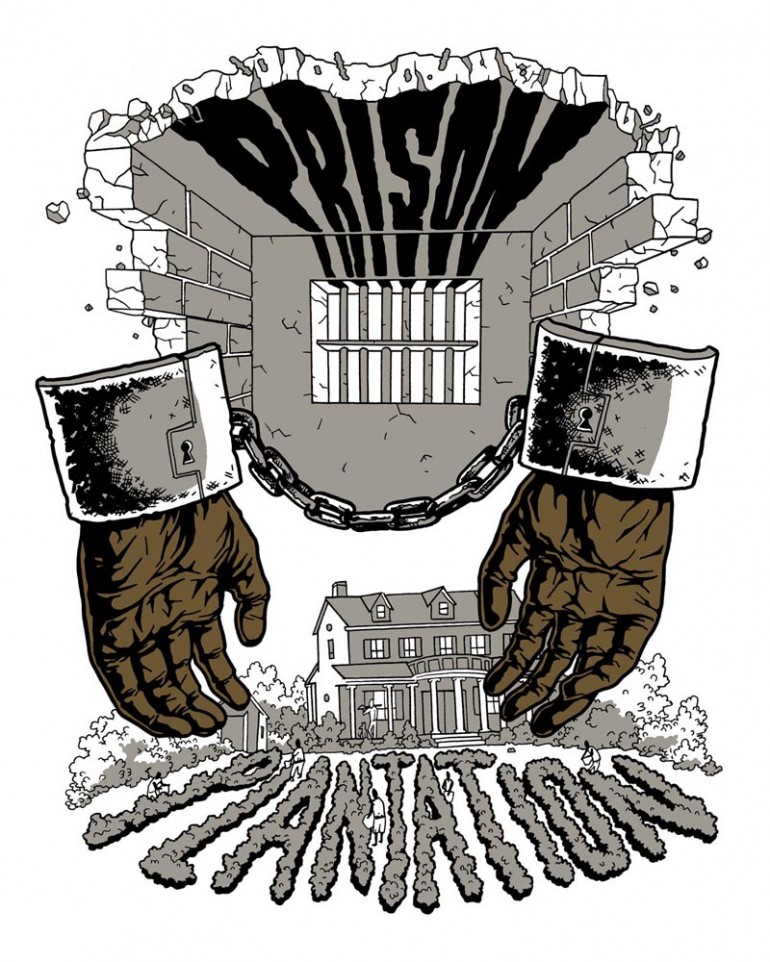 “The current incarceration rate deprives record numbers of individuals of their liberty, disproportionately affects people of color, and has at best a minimal effect on public safety. Meanwhile, the crippling cost of imprisoning increasing numbers of Americans saddles government budgets with rising debt and exacerbates the current fiscal crisis confronting states across the nation.

Private prison companies essentially admit that their business model depends on locking up more and more people. For example, in a 2010 Annual Report filed with the Securities and Exchange Commission, Corrections Corporation of America (CCA) stated: “The demand for our facilities and services could be adversely affected by . . . leniency in conviction or parole standards and sentencing practices . . . .” As incarceration rates skyrocket, the private prison industry expands at exponential rates, holding ever more people in its prisons and jails, and generating massive profits.

And while supporters of private prisons tout the idea that governments can save money through privatization, the evidence that private prisons save taxpayer money is mixed at best – in fact, private prisons may in some instances cost more than governmental ones. Private prisons have also been linked to numerous cases of violence and atrocious conditions. “

But it’s not just that governments are outsourcing the costs of security forces and facilities for prisons- it’s also that prisoners are forced to perform labor for companies without making a fair wage for their work.  Angela Davis at Colorlines explains:

“Many corporations whose products we consume on a daily basis have learned that prison labor power can be as profitable as third world labor power exploited by U.S.-based global corporations. Both relegate formerly unionized workers to joblessness and many even wind up in prison. Some of the companies that use prison labor are IBM, Motorola, Compaq, Texas Instruments, Honeywell, Microsoft, and Boeing. But it is not only the hi-tech industries that reap the profits of prison labor. Nordstrom department stores sell jeans that are marketed as “Prison Blues,” as well as t-shirts and jackets made in Oregon prisons. The advertising slogan for these clothes is “made on the inside to be worn on the outside.” Maryland prisoners inspect glass bottles and jars used by Revlon and Pierre Cardin, and schools throughout the world buy graduation caps and gowns made by South Carolina prisoners.

“For private business,” write Eve Goldberg and Linda Evans (a political prisoner inside the Federal Correctional Institution at Dublin, California) “prison labor is like a pot of gold. No strikes. No union organizing. No health benefits, unemployment insurance, or workers’ compensation to pay. No language barriers, as in foreign countries. New leviathan prisons are being built on thousands of eerie acres of factories inside the walls. Prisoners do data entry for Chevron, make telephone reservations for TWA, raise hogs, shovel manure, make circuit boards, limousines, waterbeds, and lingerie for Victoria’s Secret — all at a fraction of the cost of ‘free labor.’””

Anyone wanting to seriously study prison abolition needs to read Angela Davis’ Are Prisons Obsolete?. If you do not have the means to purchase a copy for yourself, you can read it here.

I would be remiss if I didn’t end with a note about justice. As a Mormon, I was taught about the importance of forgiveness, fairness, and exact judgment. We can’t hope to judge perfectly, but we have to be honest about our limitations, about the failure of redistributive justice as a system not only poorly executed but festering more crimes and pain everyday than led to individuals originally being locked up. There is so much more to say about justice, fairness, and our responsibility towards addressing the roots of crime in our communities particularly from a Mormon perspective that I hope to explore in future posts.

I can’t quite say as Joseph did that we should open the doors and tell the prisoners to go and sin no more, but you know what? I think he had a point.