One thing I admire about America is the fact that I can work anywhere I want.  With the right skill set, education, and sometimes just plain luck, I can choose my destination—at least that’s how I was raised.  After my stint in retail, I decided to become a librarian.  With my love of technology, books, and people, I thought I would be a perfect fit.  I signed up for the next semester of school and pursued a Master in Library Science Degree.  It’s been the best choice I ever made.  While I was in school, I supported my family by working at Wal-Mart.  I soon realized that the business model that I had experienced at another retail outlet was founded and groomed by Sam Walton himself.  The Walton Business Model is this:  Low Wages + No Healthcare + High Turnover Rate + No Unions = Low Prices + $$$.  (Cotto, 2012) 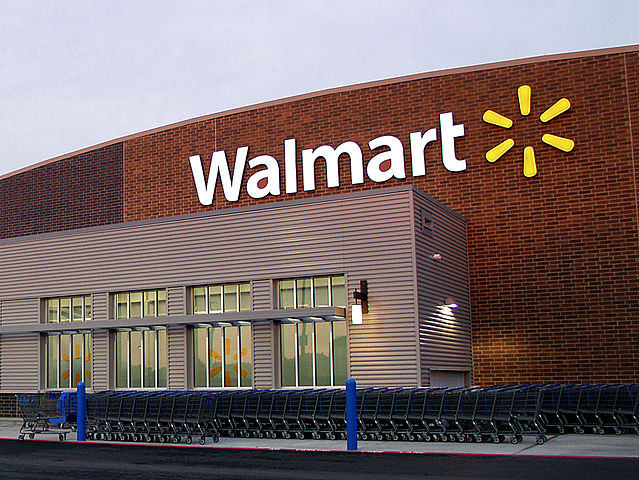 I was thankful for the job.  I had received it right after being let go from a previous retail job.  (Nelson, 2014).  Despite the horrendous economy, I thought I would be different—that out of all of the millions of people looking for work, my resume, experience, and college degree would stand out from others.  I had never had trouble finding a job. I realized how bad things were when I applied to a call center and the parking lot that was usually full of employees was empty.  “We are still interviewing prospective employees, but right now we have a hiring freeze.”  It was like that everywhere.  The Great Recession made me realize that just because you work hard finding a job doesn’t mean that you will find.  I was desperate and was willing to work anywhere to provide for my family.

One day, I noticed that a new Wal-Mart was opening up in Logan, Utah.  I travelled an hour away and within a couple of days I landed a new job working in the pharmacy department.  I soon discovered how the Sam Walton business model worked.  I will describe the model and my experience in a subsequent post.  The experience left me questioning how the way things work in the retail world. For now, here are a few reasons I’m against the Sam Walton business model:

Cotto, J. (2012, November 3). Nelson Lichtenstein on how Walmart has changed the face of business. Retrieved 7 2014, from Washington Times: http://communities.washingtontimes.com/neighborhood/conscience-realist/2012/nov/3/nelson-lichtenstein-how-walmart-has-changed-face-b/

Ton, Z. (2014, July 1). Why Companies That Pay Above the Minimum Wage Come Out Ahead. Retrieved July 2014, from www.forbes.com: http://www.forbes.com/sites/forbesleadershipforum/2014/07/01/why-companies-that-pay-above-the-minimum-wage-come-out-ahead/