Full Disclosure: I am huge sports fan. In this order I root for BYU Basketball, New York Yankees, Chicago Bulls, BYU Football, and the Chicago Bears. While I am quite passionate, it does not take long for me to move on after a tough loss.

The sports world has had a very eventful month. The biggest story, by far, has been the totally unexpected, but not at all surprising implosion of Donald Sterling, current owner of the Los Angeles Clippers. Sterling’s racism has been documented for many years. The biggest question that needs to be answered is why did the NBA allow this man to become the longest tenured owner in the league? 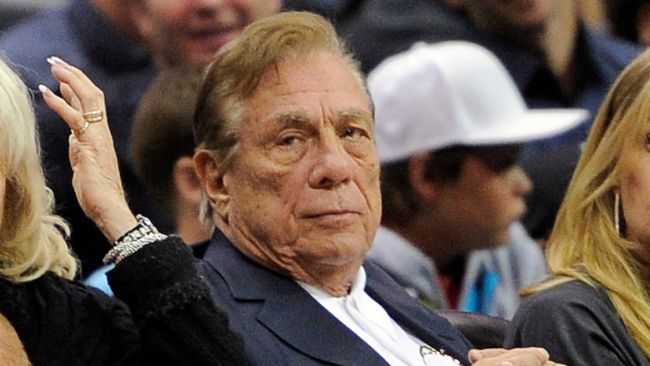 Much has been written about Donald Sterling and there really is nothing more to say. The $2.5 million maximum fine, banishment, and ultimate removal from the league were necessary and obvious decisions. As the great Charles Barkley said to Ernie Johnson on Inside the NBA, “We cannot have an owner discriminating against a league that-we’re a black league, Ernie. We are a black league.” NBA commissioner Adam Silver, made the correct decision. Some may view the punishment as too harsh, but consider these three facts: 1) The NBA is a brand and image is important. Any organization should be allowed to punish and remove people that are detrimental to the group. 2) This is not a freedom of speech issue. There will be no criminal charges for this specific situation. 3) Selling the team will result in huge profits for Sterling. He bought the team in 1981 for $12.5 million. Forbes recently valued the team at $575 million. In reality the team will likely be sold at a price near $1 billion.

A good friend of mine, whom I greatly respect wondered if Donald Sterling compared at all to Brandon Eich. Eich, former CEO of Mozilla Corporation, was forced (?) to step down in large part due to his donation to the Proposition 8 campaign. As far as Eich is concerned, I totally and completely agree with Andrew Sullivan’s opinion expressed on the Colbert Report. While a comparison can be made, Brandon Eich does not deserve to be compared to Donald Sterling. Eich’s political views came to light a full four years after Proposition 8. Apparently Eich was able to be a fair, effective, and most importantly tolerant leader while working for Mozilla. He did not take his personal views to the workplace. Donald Sterling has in the past and does now take his views to both the Clippers and his real estate empire.

It is also worth mentioning that Eich resigned as a professional. In his words Eich admitted "under the present circumstances, I cannot be an effective leader." No one wants to lose their job, especially when it is a company you helped start. Despite how difficult it must have been to resign, Eich acknowledged that his company culture could not accept his political views on marriage. Sterling, on the other hand, does not get it. He is refusing to pay the fine and will likely sue the NBA. Given the nature of the NBA constitution and the terms of becoming an owner, this is a legal battle that Sterling will eventually lose and he probably knows it, but Sterling does not care. If he is going down, he is going to make sure the NBA at least gets damaged as well.

Regardless of your opinion of Eich or marriage equality, he does not deserve to be in the same sentence as Donald Sterling.

In the comments section below, one reader asked about Sterling's fairness as a boss. In addition to his housing discrimination suits, as linked in the first paragraph, Elgin Baylor, NBA legend and former longtime general manager of the Clippers, sued Sterling for employment discrimination. There have also been a number of former players, including Marques Johnson and Eldridge Recasner, who have told interesting stories about Sterling that are not blatantly racist, but do highlight the kind of boss Sterling was and is. Current Clipper bench player J.J. Redick said a couple of weeks ago that Sterling nearly vetoed his signing ironically because Redick is white.

Since Eich's resignation, I have been unable to find any stories that suggests Eich took his prejudices to work with him. From 1998-2012, Eich's political views were not known by his employees. The tech industry generally has very progressive views. If there was even a hint of Eich being discriminatory at work, in my opinion, he would have been forced to resign much earlier than before. At the very least his opinions would have become public far sooner than 2012.