(Coppins is currently a senior political writer at Buzzfeed; I first got to know him when he wrote a couple of stories involving the Mormons for Obama campaign.) 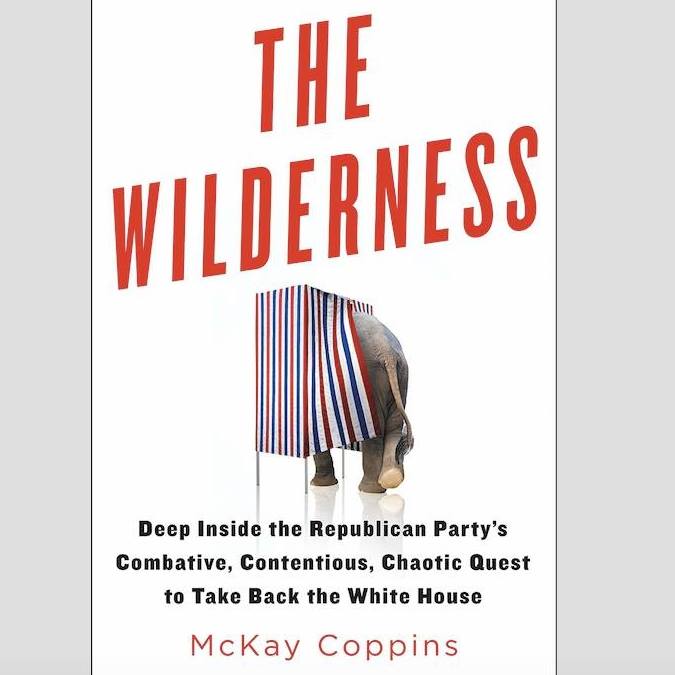 The book itself is a masterful piece of reporting: Coppins weaves together information from hundreds of interviews with journalistic rigor and few flights of fancy. Rather than waiting to do an election post-mortem like Game Change or Why Romney Lost, Coppins opts to explore the "invisible primary" waged between Romney's defeat in November 2012 and the bulk of the campaign kick-offs in June 2015. He follows several candidates, including those who were not successful (Bobby Jindal), those who are struggling (JEB!, Carly Fiorina, Rand Paul), and those who are currently dominating (Donald Trump and Ted Cruz). He also spends considerable time following Speaker of the House Paul Ryan, but between his defeat for the vice presidency and the Speakership. [1]

The most striking aspect of Coppins' journalistic style is his empathy. Andrew Sullivan once described Coppins as "that rare political reporter who understands people of faith," an assessment I share. Coppins has a refined ability to present each politician and their campaign in the way that they, themselves, see the world. This empathy would be stultifying and risk sliding into hagiography if the focus was one candidate; the interweaving of several narratives, all told from different points of view, succeeds in highlighting biographical contrasts and the structures of the GOP in its current form. [2] The book makes candidates' choices more comprehensible and, indirectly, raises important questions for liberals and progressives.

Learning more about Bobby Jindal's teenage conversion to Christianity and then his embrace of Catholicism at Brown helped me better understand why he had worked so hard to be at the forefront of the new religious liberty campaigns, even though this identity has run at odds with his efforts to be a policy wonk. Ted Cruz, like Jindal, drew much motivation from resentment of Ivy League classmates; Cruz also drew inspiration from Rand Paul's high profile stunts. Cruz has combined resentment and attention-getting antics into a political movement that is, at its core, forceful and condescending.

I found the sections on Fiorina, Ryan, and to a lesser extent, JEB! and Rubio, the most thought-provoking. Yes, Fiorina has problems with the truth. She has also succeeded in the male-dominant tech world. Currently, she has found herself in a bind that she, in part, has chosen for herself: with a platform to call out the sexism in the D.C. Establishment, but only to a certain extent, and only as long as she doesn't criticize Republicans. Meanwhile, Paul Ryan has undergone some education on poverty and life in the inner cities. Coming from institutions and an area built on white supremacy, Ryan had never learned that "not seeing race" contributes to structural racism. Jeb and Rubio have both struggled in their own ways with anti-Latino racism and seem adrift as their chosen political party stokes fear of "the other." (Rand Paul went through a similar, but less introspective, arc.)

In addition to wanting Speaker Ryan to sit down with this list and/or this one, I found myself desiring a frank conversation with each of these establishment candidates about intersectionality and structural inequality. Seeing these candidates, and Coppins, encounter the ways powerful cliques exclude and/or limit the actions of women and people of color was a poignant reminder that "everyone starts equal" rhetoric naturally places the most privileged individuals at the top of the hierarchy.

At the book's start, Coppins argues that this primary election is of particular consequence for the Republican Party. After reading the contrasting narratives of Paul Ryan's work to understand urban poverty and Donald Trump's and Ted Cruz's efforts to stoke resentment of elites and fear of immigrants into a viable political following, I happen to agree. Over the past 50 years, the Republican Party has embraced the Southern strategy. For a long time, Republican leaders from elsewhere could profess ignorance (or actually be ignorant) of the racist organizing principles that the party embraced. In the past fifteen years, the shocks of 9/11, foiled attempts at immigration reform, and the Great Recession have loosened the establishment's grip over the Republican Party and hardened many voters' fear of the outside world. Will the GOP nominate a proven demagogue (Trump, Cruz)? Or will they turn to Rubio, who talks moderately but would still be the most conservative candidate in 50 years? [3]

The thesis of the book--that Republicans are searching for a Moses to lead them to greatness but are yet to find him--is a compelling argument. [4] Coppins' richly researched and well-written piece helps explain the mix of privilege, grievance, and desire that shapes each candidate's strategy and proposals as well as the current chaos. Meanwhile, Fiorina's and Ryan's experiences pose to all of us an important question: can the Republican Party become woke?

[1] I'm guessing that the events of October 2015 that led to Paul Ryan's ascent to Speaker occurred after the book went to press and, regardless, lie outside of its scope.

[2] There is one troubling moment of apologia regarding Cruz's behavior at Princeton.

[3] Interestingly, the analysis from Nate Silver also indicates that Christie would be the most liberal GOP nominee since at least the 1960s.

[4] The thesis also implies that the next Republican president will be subject to Green Lanternism.