Romney: A Good Representative of Mormonism?

While we will not ever say that our interpretation of Mormon doctrine's political implications is the only viable one, we here at MormonLiberals.org firmly believe that ours is the most viable. We will never say "You can't be a good Mormon and a good conservative" (even though we've been told we can't be liberal and be good Mormons hundreds of times). Here's what we say instead. 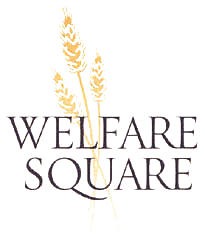 Because of this, we have been interested in the recent attacks on Governor Mitt Romney by fellow Mormons. LDS historian and author Dr. Gregory Prince started the ball rolling, suggesting that Romney's dismissive accounting of people who don't pay taxes (accusing them of not having personal responsibility and expecting things to be simply handed to them) is not in line with the practices or doctrines of the LDS Church:

When the news of Mitt Romney's Florida video broke on Monday evening, I was incensed -- but not for its political implications. His arrogant and out-of-hand dismissal of half the population of this country struck me at a visceral level, for it sullied the religion that he and I share -- the religion for which five generations of my ancestry have lived and sacrificed, the religion whose official mantra is "to take care of the poor and needy throughout the world." My first impulse was to rent an airplane towing a banner: "Mitt Romney is Not the Face of Mormonism!"

The very basis of Mormon community, stretching back to the earliest years of Mormonism nearly two centuries ago, is that the more able have a sacred obligation to assist the less able. That sense of physical community was institutionalized in the Church's Welfare Program, which sprang out of the Great Depression as an exemplary and effective means of combining church and government assistance not only to give to those in need, but also to help them to help themselves. Any who have visited Welfare Square in Salt Lake City, as did the producers of a recent "Rock Center" documentary on MSNBC, cannot help but be impressed with what we have attempted, for over seven decades, to accomplish through what is now an international network of church facilities and volunteers.

Judge Mitt Romney as you will, and vote for or against him as you will; but do not judge Mormonism on the basis of the Mitt Romney that was unveiled to the public this week. He is not the face of Mormonism.

Keep in mind, we don't think Mr. Prince is accusing Romney of not being a good person, nor is he suggesting that Romney is somehow an "unworthy" Mormon. He is suggesting, though, that this sort of attack on the poor, common among conservatives, is not a very Mormon thing to do. We agree.

Senator Harry Reid, also a Mormon, came out on Mr. Prince's side in a conference call with the Salt Lake Tribune:

Senate Majority Leader Harry Reid says he agrees with a fellow Mormon who wrote recently that Mitt Romney has "sullied" the LDS faith and that the GOP presidential candidate is "not the face of Mormonism."

Reid, a Mormon Democrat from Nevada, blasted Romney in a conference call for reporters over a litany of things the Republican nominee has said recently. And Reid added that Latter-day Saints aren’t buying Romney’s rhetoric.

"He’s coming to a state where there are a lot of members of the LDS Church," Reid said in advance of Romney’s Friday visit to Nevada. "They understand that he is not the face of Mormonism."

We want to be clear on this point. We are not doing what has been done to Mormon liberals for a generation: we are not accusing Mitt Romney of not being a good Mormon. We are not questioning his attributes as a person, nor are we suggesting that he is somehow endorsing "Satan's plan" for humanity (another attack often hurled our direction). We are siding with Mr. Prince and Mr. Reid, however, in suggesting that LDS doctrine is more complicated than it is often portrayed by our conservative brothers and sisters. Ours is a doctrine for the 99%, not just the 1%. We believe in giving people a hand up, not always just a hand out, and yet we also stand with the Good Samaritan who was willing to help people even if they aren't able to help themselves as much as we wish they could.