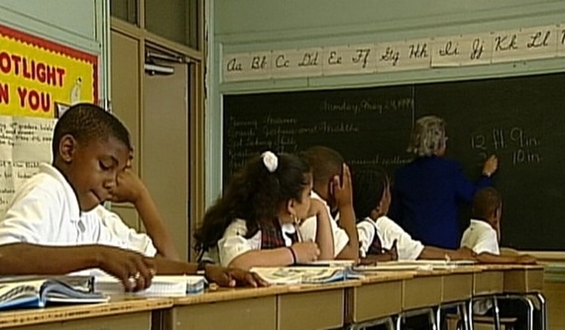 (Note: In this email, Mr. Burningham speaks in his own behalf; the point of view expressed in this blog does not necessarily represent any organization of which he is a part.)

Recent Utah headlines focus on the turmoil of school grading—of interest to every parent, student, and educator.   Although I strongly favor the careful use of measurement to help determine strengths, weaknesses, and improvement, I AM NOT A FAN OF GRADING SCHOOLS.   In fact, I fear this system may do more harm than good.

In the 2011 session of the Utah Legislature a bill mandated letter grades be given to Utah schools.  The Utah State Office of Education, as required by the law, worked to devise the best  system of grading they could create: Utah Comprehensive Accountability System (UCAS).   A representative of the Legislature and the sponsor of the bill attended the meetings where the process was carefully developed.  Regrettably, the 2013 Legislature reaffirmed the mandate to grade schools but ignored much of the work of the interim committee.

As a result, school grades as stipulated by the Legislature were announced the first of September 2013.   Another set of grades will be announced October 1; the second grades follow the plan created by the interim study committee (UCAS).  I believe the UCAS system is preferable to the September 1 announcement.

My bottom line belief, however:  the best system is one that measures skills and growth, but does not use a letter grade to label schools.

WHAT SCHOOL GRADING IS: A SYSTEM OF LABELING

Those who have advocated for grading schools believe by labeling schools A, B, C, D, or F, improvement will occur.  They have insisted some schools should receive the high grade and some receive the failing grade.  Somehow, they conjecture this labeling will incentivize growth.

I strongly doubt it.  I believe the labels will simply reinforce weakness where weakness exists, and make the successful more proud.   Is that useful?

The September announcement shows the effect.   One local newspaper immediately published a list of the top 10 schools and the bottom 10 schools.  (Deseret News, September 3, 2013)

The list of low-graded high schools included three schools where fewer than 95% of the students took the test.   Beyond that, of the 10 low-graded schools, 8 were alternative schools for struggling students.  The other two schools include: a charter school with primarily Native American students and a high school where students come overwhelmingly from economically disadvantaged homes.  In this case the struggling students are labeled failures!   I doubt the label will help.

High schools ranked best were led by schools which enroll only those with keen interest in science and math (e.g., Utah County Academy of Science and the Northern Utah Academy of Math, Engineering and Science.)

The lowest ranked elementary school was in San Juan County with mostly Native Americans students.  The second lowest was a charter school developed for Pacific Islanders.   These schools are working to help students with unique needs.  How can labeling them as “F schools" help meet their challenges.

The second highest ranked elementary school is a school just a block from my home where the students mostly come from high income families with libraries of books at home and with educated parents.  I congratulate that school.  I am sure the teachers are doing a good job.  But to deny the environment from which the students come as a main contributor to the high grade would be blindness.

What is school grading?   It is a system of labeling which will primarily reinforce existing strengths and weaknesses of the students.

All schools need to be carefully measured, yes.  But the challenged schools particularly do not need to be labeled with an “F.”

WHAT SCHOOL GRADING IS NOT: A SYSTEM WHICH WILL RESULT IN IMPROVED STUDENT PERFORMANCE

If we are interested in helping struggling schools do better, the better way is to provide them with additional resources, strong teachers, reduced class sizes, early learning.

Unfortunately, changes in these areas are not happening!   The National Center for Education Statistics just released (September 4) their annual report.  When it comes to resources, Utah is at the bottom of the list again. At $6,878, Utah has the lowest per-pupil spending in the country where the average is $10,029; Alaska is highest at $25,132; Tennessee next lowest at $7,571.  Among the nation’s l00 largest school districts, four Utah districts (Granite, Davis, Alpine, and Jordan) have the lowest per-pupil spending.

Strangely, Florida is frequently cited by supporters of school grading as a positive example.   True, Florida instigated grading of school over a decade ago.   Floridians, however, had the wisdom to expend large sums of money to help support their school reform efforts.  Funding for education in Florida as a whole increased 69% between 1999 and 2006 (the same time grading was implemented) or $7.7 billion dollars!  Some of the increase can be attributed to inflation, but the figure is approximately 3 times the increased percentage of dollars going to education compared to Utah funding.  In 2008, Utah’s per-pupil spending was at $5,765.00; Florida was at $9,035.00.   (Tom Gallagher, Florida’s chief financial officer, “Governor Bush Rewards Academic Performance with $157.6 million to High-Performing Schools, August 28, 2006.)

Some advocates use Florida’s 4th grade reading scores as evidence of increased student achievement.  True, Florida improved their 4th grade reading scores on the NAEP test.  Importantly, however, scores in math and science do not reflect the same improvement.  More likely, reading scores improved in that one grade because of another reform effort:  3rd grade students in Florida who could not read well were held back for a year in large numbers.  In fact, between 14 and 23% of 3rd grade students (largely black and Hispanic) were held back for poor reading performance.  (Madhabi Chatterji, “Review of Closing the Racial Achievement Gap,” Columbia University, November 2010.)   Who could be surprised then that 4th grade scores increased, both because 1) those who scored lower did not participate that year, and 2) had an additional year of training before being tested again.

In short, the claim of Florida improvement (if it really exists) resulting from school grading is a bad case of post hoc, ergo propter hoc reasoning (one event caused another just because they happened at similar times).   In the first place, the improvement is questionable, and where it may have occurred it more likely it occurred because of a different cause: the retention of many 3rd grade students.

School grading is a system of labeling.

Such labeling alone cannot be shown to reap improvement.

Instead, improvement comes from other efforts.

And finally, labeling may be harmful.

I urge you to contact political leaders who believe that school grading may help education.  When you do, suggest some other alternatives that you believe are more likely to strengthen the education of our children!