At End of the Campaign

I am still incredibly excited about last Tuesday night's win - and I guess I'll admit, I've felt no small desire to gloat.  This is partly due to the amazing amount of vitriol we've received in emails and comments on this website.  And now that Governor Romney has gone from that title back to Brother Romney, we've seen an overwhelming increase in "hate mail" here; I've been deleting inappropriate comments regularly, and I have to stay on top of it or I'll find myself swamped in it like a zombie apocalypse. I keep thinking, "who are these people? and how did they find our email address? (And then I remember, "Oh yeah, that's right.  I put it out there on the website.")

But then I saw this video - and I am humbled.  President Obama is not gloating here, but instead he expresses genuine gratitude for his supporters who have worked so hard to make this second term possible.  As Brooks and Shields pointed out on Friday's PBS NewsHour, this is a side of President Obama that we don't often see.  He generally plays it very "cool" and expresses a limited range of emotion.  But considering the ugliness of this election season and the bitter battle we've all just witnessed, his heartfelt speech to his campaign staff in Chicago revealed a truly inspired man with a depth of feeling that often goes unrecognized.   I am thrilled for these next four years.  And the President is already back to work, taking the lead towards a great compromise that will help us avoid the "fiscal cliff."  So once again, let each of us get back to work as well - mending fences, repairing relationships (Facebook or otherwise,) and maybe even getting our home and visiting teaching done!  Also, let's follow the words of our church leaders released in a statement this past week:

We congratulate President Obama on winning a second term as President of the United States.

We invite Americans everywhere, whatever their political persuasion, to pray for the President, for his administration and the new Congress as they lead us through difficult and turbulent times. May our national leaders reflect the best in wisdom and judgment as they fulfill the great trust afforded to them by the American people.

The Presidential and First Lady Debates

Posted on Blog · October 23, 2012 1:19 PM
I am doing something a bit different and posting a couple of light-hearted clips from the Jimmy Kimmel Show from a week ago.  As Marianne pointed out, a few of us might need to take a step back and not take ourselves so seriously -- so here is a look at some "man-on-the-street" commentary about the presidential and first lady debates (debates that didn't happen!)

But I guess there must be someone out there who doesn't want to be lighthearted or take themselves less serious, and they should definitely bemoan the fact that these people's votes are worth just as much as their vote. And for that they must surely say God bless the America. 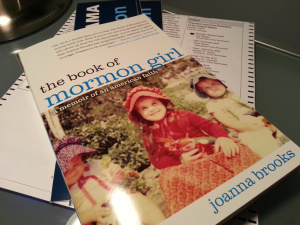 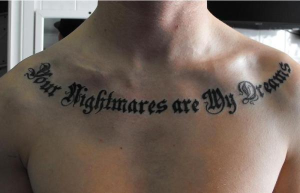 What Romney Really Meant to Say...

Posted on Blog · September 14, 2012 3:50 AM
...if he'd had a better speech writer.  Secretary Clinton gave this speech yesterday marking Eid ul-Fitr at the U.S. Department of State in Washington, D.C.

Read this article on Yahoo News for a review of the event and Secretary Clinton's message.

Posted on Blog by Rob Taber · September 01, 2012 11:02 AM
"Doubling Guantanamo" was just one reason Kathy switched from leaning towards Mitt Romney to fully supporting President Obama.