Talking with His Mouth Full

I am so happy that all this back and forth between the two Mormon political super-celebs (Mitt Romney and Harry Reid) officially ended today when Romney finally announced that after thumbing through his old tax forms, he discovered that he'd "never paid less than 13%" during the past ten years.  He went on to report, "I think the most recent year is 13.6 or something like that."  I say it's over because Reid, as far as I can tell, has not volleyed back at him yet.

But let me back up to the beginning and explain how this all went down: it started with a simple sit-down interview between Reid and the Huffington Post and turned into a three-week-long brawl between the two most recognizable Mormons in the American political arena.  This battle is worthy of Brigham Young and Orson Pratt back in the day - only unlike Brigham, Reid hasn't told any of Romney's wives to divorce him yet; (one can only speculate what a fast and testimony meeting might look like with both of these men in attendance.)

In the interview, Harry Reid speculated that Mitt Romney didn't pay taxes for the ten years that he was at Bain - hence Romney's refusal to release the tax records.  He even went so far as to say, "His poor father must be so embarrassed about his son," apparently in a reference to the elder Romney turning over 12 years of tax records during his bid for the presidency.  This even provoked the ire of Jon Stewart, who told Harry Reid that he should "shut-up" while introducing the segment, "You, Harry Reid, are Terrible." (I guess I could pile on to Reid's accusations towards Romney by including the speculation we received from M.W. in the comment section of this website: "Wow! It just hit me – Romney doesn’t want to release his tax returns because he doesn’t want the church to find out that he has not been tithing his full 10%.")  But Stewart is right, as well as the mass numbers of commenters on our website who took issue with M.W.'s comments - we shouldn't accuse Romney of dishonesty without any proof.

Governor Romney sure does agree - read this article from the LA Times to get more details of the squabbling between the two.

But Senator Reid isn't apologizing.  This isn't the first time Reid has used "choice" words to describe a political foe.  In fact, in addition to Harry Reid's statements about Romney a few weeks ago, the Huffington Post also reported that he'd had time to disparage fellow Democrat, Bill Magwood, calling him a "'treacherous, miserable liar' and 'first-class rat,'" (and he also used a word that would have cost me a severe licking if I'd said it as a child.)  Harry Reid is not unacquainted with harsh words.  In the first few pages of his memoir, The Good Fight: Hard Lessons from Searchlight to Washington, Reid writes about George W. Bush,

"I believe that the current President is an ideologue who has done incalculable damage to the government, reputation, and moral standing of the United Stakes of America.  His vaunted "CEO Presidency" has...been incompetent in the face of grave challenge at home and abroad..." 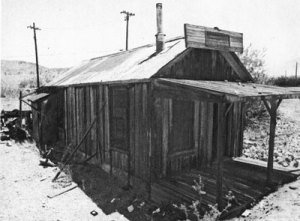 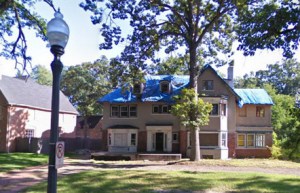 Harry Reid grew up in Searchlight, Nevada, and although it may sound trite, his experience of coming "from a mining town" where "the leading industry...was no longer mining, (but) prostitution," might explain a something about this high-ranking Mormon politician.  He is known for being soft-spoken, but even words of condemnation can be spoken softly (whether it's saying that the USA Olympic uniforms should be burned or repeating the call to release tax forms.)  This of course is in stark contrast to Romney's upbringing.  In fact, the two have little to nothing in common in that respect, and I'd guess that this speaks volumes to their different opinions, ideas, and presentation in regard to their politics.
But despite it all, Harry Reid seems to relish the criticism he's received for his attack on Mitt Romney.  So I will do Senator Reid a favor and give him some criticism of my own.  I don't know how much more time I would waste on this tax thing.  Personally, I don't think it strange that Mitt Romney would refuse to release more taxes.  With talk of tax shelters in the Cayman Islands and Swiss Bank accounts, America can't help but be reminded of a half-dozen James Bond movies and a recent episode of Breaking Bad.  (And that can't break good for Romney.)

So instead of the intense scrutiny of the Romney taxes, let's consider the ridiculousness of Romney's statement today about his taxes: "I just have to say, given the challenges that America faces — 23 million people out of work, Iran about to become nuclear, one out of six Americans in poverty — the fascination with taxes I paid I find to be very small-minded."

Beyond Romney's taxes, (which only point to the inequities of our tax system,) I am troubled that Romney would point to poverty in America as something he is seriously concerned about.  I appreciate the logic that if you give the wealthiest Americans a tax break that they will then invest that money, and this will spur job growth; inevitably these investments would trickle down like crumbs falling under the table of America for the one in six people in poverty to eat up.  But I just don't believe it is true.  Statistics do not back it up.  If tax cuts for the wealthy really helped eliminate poverty or even created jobs, then why did the Bush tax cuts fail to do that?  According to PolitiFact, job growth under Bush was a sluggish 4.5% while the previous Clinton administration posted double-digit job growth numbers.

Not once has (a tax-cut spurred job growth), but the theory never loses its shine. Ronald Reagan cut lots of taxes in 1981, and it was followed by the deepest recession since the '30s — 10 straight months of double-digit unemployment and soaring deficits. When the economy began to recover, he raised taxes over and over until the big 1986 tax increase (revenue enhancement, they called it) was followed by the growth spurt that got him the reputation as the wizard of economic growth. George W. Bush passed successive tax cuts, which produced ballooning deficits, virtually no job growth and, finally, the longest doldrums since the Great Depression.>

So Senator Reid, if we are going to call out Romney on something let's bring it back to this: please don't discuss unemployment anymore. Please don't talk about poverty.  It's like talking with your mouth full.  Because in the end, Romney cannot honestly talk about poverty when the other words twisting and turning around his mouth leave no room for the American poor.  Nothing in his (which really is Paul Ryan's) plan helps this particular group of people.  And although we are only 80 plus days until the election, I am just getting started here.   I am supporting Obama for very specific reasons, and issues of poverty and inequality are at the top of my list.  More to come...
Contributors harry reid poverty Romney tax records
Do you like this post?
Tweet