The Gospel and the Iraq War 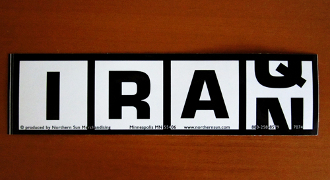 This month we remember the 10th anniversary of the U.S.-led invasion of Iraq and consider the lessons learned. LDS scripture commands us to “renounce war and proclaim peace.”1 Even in the limited circumstances where nations are justified in defending themselves, our scriptures teach us that serious, repeated attempts at peaceful resolution of conflict must be attempted first.2,3 In the face of danger and conflict our bias must be for peaceful solutions.

If the Iraq War has anything to teach us it is that our obligation to seek peaceful resolution of conflict must not be subverted by fear, hate, partisan loyalty, so-called patriotism, or any other philosophy of man. Somewhere in the complex combination of post-9/11 sentiment, poor intelligence, and misinformation we lost our way. In retrospect we see we are not safer as a result of the war; we are arguably more vulnerable. The cost in lives lost, families displaced, and treasure spent continues to accumulate. There were no weapons of mass destruction to confiscate and there were no meaningful ties to Al Qaeda to disrupt. Many of our allies and others in the international community were skeptical of these claims from the outset, foretold the challenges that war would bring, and adamantly opposed the invasion. Tragically the United States did not listen; our commitment to peace and diplomacy was derailed.

What if we had listened more? What if our fear of perceived threats was tempered by a strong moral commitment to peaceful recourses? Perhaps we would have discovered before it was too late that Saddam Hussein’s refusal to allow U.N. inspectors into Iraq was motivated by his fear of what neighboring Iran would do once it was known that there were no WMDs.4 He wasn’t hiding an arsenal of powerful weapons; he was hiding his country’s weakness from regional threats. As we confront future threats this should remind us that even when dealing with tyrants, our worst fears are not always borne out.

Some will argue that such a tenacious reliance on non-violent methods is irrational and dangerous, but what about Christ’s teaching to “Love your enemies, bless them that curse you, do good to them that hate you, and pray for them which despitefully use you, and persecute you.”5 President Joseph F. Smith explains this seeming paradox: “For years it has been held that peace comes only by preparation for war; the present conflict [WWI] should prove that peace comes only by preparing for peace, through training the people in righteousness and justice, and selecting rulers who respect the righteous will of the people…While they [the rulers] seemingly acknowledge allegiance to the Christian religion, they are not touched nor influenced by its teachings, for these are fundamentally opposed to war and discord”6 As we approach present and looming conflicts it is imperative that we prepare for peace by supporting leaders who share our commitment to non-violent conflict resolution. We should be more skeptical of partisan rhetoric that instills fear and promotes aggression. Where leaders are quick to advocate for war we can do as President Gordon B. Hinckley observed a few weeks after the invasion of Iraq: “We can renounce war and proclaim peace. There is opportunity for dissent. Many have been speaking out…emphatically. That is their privilege. That is their right...”7 If we can remain committed to peace despite threats and sound bites we will have learned a valuable lesson.