The World Isn't Getting Worse; It's Moving Forward

Going to ‘heck’ in a hand basket

The world is getting worse. It is the platitude we hear several times a month in Sacrament, Sunday School, and Priesthood/RS meetings. Conversations I have with conservative Latter-day Saints are sprinkled with a world view that pits ward members, me, and my family against “the world”. Some Mormons casually claim that they would be drug addicts and/or in jail without the church; as if that is the only path for the non-religious. The growth in unrighteousness is typically evidenced by a sensational piece by the Wall Street Journal or an inflammatory Fox News story.

I have a problem with the claim that the world is getting increasingly wicked. There are two key assumptions to this belief. First, you have to assume that the world was better in the past. Second, you assume that non-religious people lack notions of morality. This essay aims to provide probing questions into these assumptions.

There is no question that the world has changed, but the nature of that change is not increased wickedness. If the world is getting worse, when was the golden age when the world was better and more righteous? Was it 200 years ago when human beings were still bought and sold as property, and Native Americans were mistreated or murdered for their mere presence? Or maybe the golden age was 100 years ago when children, risking mortal injuries, were exploited in textile mills? Or possibly it was 50 years ago when Black Americans were still trying to secure equality under the law? Things are not like they used to be, and I am very grateful for that.

On a more individual scale, people typically cite the increase in sexual promiscuity as the reason why the world is getting worse. They point to increased percentage of children born to unwed mothers. Has human nature somehow become more potently evil since you’ve been on earth? I think not. In the 1950s, teen pregnancy was double what it is today (1). The cultural norms have simply changed to not pressure women into potentially unhealthy or abusive relationships.

Anecdotal evidence about simpler times and safer upbringings is not enough to convince me that things were really better.

The group of non-religious/secular people is growing in the world. Maybe this is why the world is getting worse. To subscribe to this logic, you have to assume that the people abandoning institutionalized religion are more unrighteous than the existing pool of religious people. Basically, without religion, the world is lost. However, one main reason cited by these people abandoning religion is because they believe that religion has been on the wrong side of morality when it comes to past and even contemporary issues (for examples, see above). They left religion but retained a moral compass.

One theory among leaders in the non-religious camp is that there is a science-based approach to morality. While secular morality will likely not converge with all gospel truths, there are many principles that have converged. Some of the research-based principles that match the gospel are as follows: smoking is bad, pornography negatively affects relationships, daily meditation (like prayer) has positive influences, etc.

The truth is that non-religious and religious people alike work together to accomplish great things. The Red Cross, Salvation Army, LDS Humanitarian Services, and many other organizations all follow their universal moral compass in times of crisis to alleviate suffering in Christ-like charity.

The increase in non-religious individuals in this world does not necessarily correlate to an increase in wickedness. 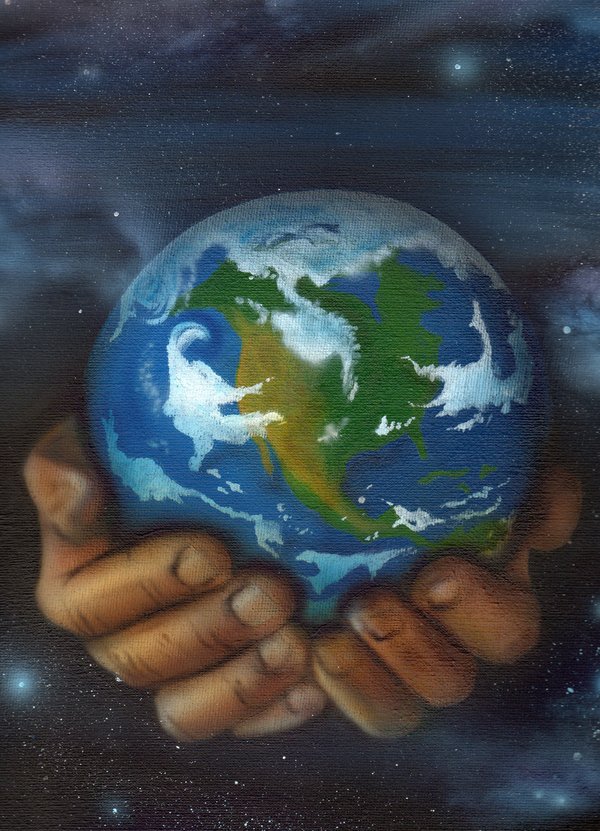 Thinking ‘the world is bad’ is bad

Are there social/cultural trends that are alarming? Yes. Are there global world problems that are terribly evil? Yes. There always have been and always will be. However, there are problems with taking on a worldview.

I believe the pessimistic outlook on the world prevents Mormons from both personal growth and adding value to our community. Here's a short list of how it negatively affects our religion:

2)      It demotivates us from volunteering/donating outside our Church

3)      It keeps us comfortable and complacent

The world is not getting worse or better. My belief is that the world is moving forward. There will be great progress and new challenges. I hope that Latter-day Saints can hope the world can get better and that they will find reasons to be engaged in that effort. Here's to hoping for a better world.

Vox.com recently re-published this article which gives many ways the world is getting better -

26 charts and maps that show the world is getting much, much better

I encourage you to use these charts as talking points in helping dispel the myth that the world is only getting worse.