They Were Liberal Unto All
by

They were liberal unto all

The verse quoted at the top of in various places around this website is Alma 1:30. It is important to note, however, what we mean when we use the word "liberal." First, here's the complete text of the verse:

And thus, in their prosperous circumstances, they did not send away any who were naked, or that were hungry, or that were athirst, or that were sick, or that had not been nourished; and they did not set their hearts upon riches; therefore they were liberal to all, both old and young, both bond and free, both male and female, whether out of the church or in the church, having no respect to persons as to those who stood in need.

This verse is describing the practical implementation of what is taught in many other places in the Bible and Book of Mormon: the need to take care of our brothers and sisters. 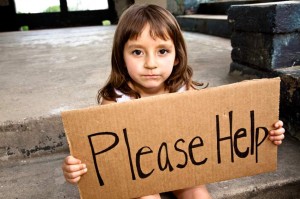 There are many things that can be said about this verse, from the commentary on riches, to the idea of judging among those who stand in need (i.e. the "deserving poor"), to the compelling idea of a difference between being "hungry" and having "not been nourished." The phrase we pulled out for our tagline, however, is the phrase "therefore they were liberal to all." We want to be clear about our use of the word liberal: for this site, we treat the term "liberal" not as a rigid leftwing ideology, but more as how the term is used in Alma 1:30. We aren't interested rooting for a specific political or partisan team, but in what pragmatically works to alleviate suffering and help our brothers and sisters. We are careful to not align with any political parties or rigid ideological preconceived notions. We jealously guard our right to disagree with any political ideology when we feel it is right to do so, and we reserve the right to change our opinions and views pending new evidence, light, or knowledge. With that being said, we Mormon liberals have found in our research that frequently it is the political left that we see as being most in harmony with Christ's teachings. I'll conclude with a modification of something we've said before on this website:

We don't accept conservative politics as automatically equalling Christ's Gospel. This site demonstrates that liberal politics have just as much Gospel backing--if not more--than do conservative politics. We certainly don't believe we have a monopoly on truth, nor do we believe our perspective is the only one credibly backed by LDS doctrine. But, we do believe ours is most credibly backed by LDS doctrine. Otherwise we would have to be Mormons despite our political beliefs. We are liberals because of our Mormon faith, not despite it.