2012 Election Not a Mandate for More Gridlock 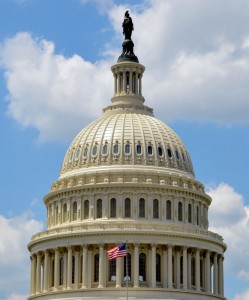 When Barack Obama was re-elected to the presidency last November, House Speaker John Boehner observed, "the American people have spoken. They have re-elected President Obama. And they have again elected a Republican majority in the House of Representatives." Republican House Minority Leader Mitch McConnell noted that the voters, "have simply given [Obama] more time to finish the job they asked him to do together with a Congress that restored balance to Washington after two years of one-party control." President Obama was re-elected with nearly 5 million more votes than Mitt Romney. Democrats deepened their grip on the Senate by capturing two additional seats. Democrats also gained 8 seats in the House, but were far from recapturing it.

At first glance, it seems that Speaker Boehner and Leader McConnell were correct in their analysis that a majority of American voters chose to continue divided government in Washington rather than handing President Obama a Democratic majority in both chambers. However, more Americans cast their House vote for a Democrat than a Republican in 2012. In fact, Democrats won the House popular vote by over one million votes. How then did Republicans maintain such a strong majority in the House? The answer is simple: gerrymandering. To understand why the playing field was tilted so strongly in favor of Republicans, look back to the 2010-midterm elections when Republicans took control of the House. During that election, Republicans also won majorities in most state legislatures. Unfortunately for Democrats, 2010 happened to be a census year, where the Constitution mandates that Congressional boundaries be redrawn according to the latest census data. In most states, the majority party gets to align Congressional districts using whichever method it prefers, and that often is geared to the maximum political benefit. And so in 2010, Republican state legislatures carved up their Congressional districts in ways that gave Republicans a distinct advantage in 2012. Pennsylvania provides a stark example of the effect of the 2010 gerrymandering. A majority of Pennsylvania voters chose Obama in 2012; a majority also voted for Democratic candidates in House races. However, Pennsylvania ended up with a House delegation of thirteen Republicans and five Democrats. Ohio experienced a similar result with a majority of voters selecting Democratic candidates but with the election outcome delivering mostly Republicans.

Even though most voters wanted President Obama to have a Democratic majority in Congress, we are stuck with divided government until at least 2014. The Republican-tilted redistricting will remain in place in most states until the next census in 2020, so Democrats will have an uphill battle in every election until then to capture the House majority.

This does not bode well for President Obama's agenda, which Americans decisively affirmed on November 6th. The Republican-controlled House stopped nearly all progress during the second half of Obama's first term. The rise of the Tea Party helped elect one of the most conservative, uncompromising Republican caucuses in modern U.S. history. House Republicans never allowed a vote on Obama's American Jobs Act, which I noted in a previous post would provide a significant boost to our economic recovery. However, House Republicans held over 30 votes to repeal the Affordable Care Act. The House also participated in political brinksmanship over the debt ceiling and threatened to default on our debt for the first time in our nation's history. This partisan brinksmanship caused a historical downgrade of the nation's credit rating at a time when the economy was struggling to recover and tarnished the reputation of our country globally.

Even after the election, House Republicans remain obstinate. They opposed allowing the expiration of the Bush tax cuts on the wealthiest two percent of Americans and blocked a measure that would permanently extend the Bush tax cuts for all Americans who make less than $250,000 per year. The failure of Speaker Boehner in late December to muster enough support from conservative House Republicans for his "Plan B" solution to the fiscal cliff -- which was a much more conservative alternative to what the President had offered -- demonstrates the level of ideological purity the extreme right demands. The Tea Party-backed House members do not believe in compromise and would not even support Boehner's measure, which would have allowed the Bush tax cuts to expire only for earners who make over $1 million annually. In addition, after the devastating tragedy in Newtown, CT, most Republicans continue with an irrational "no new gun laws" policy even when it is clear that there are gaping loopholes in our nation's laws, which continue to allow dangerous individuals to legally acquire firearms.

Despite the recently-passed “fiscal cliff” compromise bill, where Obama and the Democrats clearly had leverage with the expiring Bush tax cuts, I'm not sure how much hope there is for any additional compromise and progress in Obama's second term, unless Democrats make substantial gains in 2014. One thing is clear though: Obama will have great difficulty reaching agreement with a party whose right-wing will not even compromise with the rest of the Republican Party. Although a majority of American voters did not vote for gridlock -- a majority of voters supported President Obama and Democrats in both the House and Senate in the 2012 election -- we are stuck with a Republican-controlled House who will probably continue impede Obama's agenda and oppose meaningful compromise at all costs.