What is the position of the church on the death penalty?

The majority of church members I have spoken with believe that the church supports the death penalty. And those members who do support the death penalty often cite this belief as the basis for supporting the death penalty themselves. It is true of course that from Sunday School on we have been instructed to obey the brethren and support our leaders.

But this issue we must decide for ourselves, because, it turns out, the church does not support the death penalty. Or, more accurately, the church states its official position this way: “The Church of Jesus Christ of Latter-day Saints regards the question of whether and in what circumstances the state should impose capital punishment as a matter to be decided solely by the prescribed processes of civil law. We neither promote nor oppose capital punishment.” So, on this important question, it is up to each of us to make up our own minds. We can’t just defer to “the brethren” or “our leaders.”

What issues are relevant to consider as we answer this critical question?

What about “An eye for an eye?”

The Old Testament says that "You have heard that it was said, an eye for an eye, and a tooth for a tooth.” Exodus 21:23–25. But when Jesus came he fulfilled the law of Moses and taught a new gospel. “But I say to you, do not resist an evil person; but whoever slaps you on your right cheek, turn the other to him also... You have heard that it was said, 'you shall love your neighbor and hate your enemy.' But I say to you, love your enemies and pray for those who persecute you.” Matthew 5:38-39, 43-44. The Book of Mormon also makes this change in the law clear: “Therefore those things which were of old time, which were under the law, in me are all fulfilled. Old things are done away, and all things have become new.” 3 Nephi 12. Or put another way, given that the law of Moses is no longer applicable, having been replaced by the gospel of Jesus Christ, and given that Utah has the firing squad as the method of execution, maybe the right question is: Who would Jesus shoot?

What about blood atonement?

My mother has been on five missions and works in the temple, and she still believes in blood atonement, which is the idea that one who sheds the blood of another must have his blood shed to gain salvation. But, in June, 2010, the church released this official statement: “In the mid-19th century, when rhetorical, emotional oratory was common, some church members and leaders used strong language that included notions of people making restitution for their sins by giving up their own lives. However, so-called "blood atonement," by which individuals would be required to shed their own blood to pay for their sins, is not a doctrine of The Church of Jesus Christ of Latter-day Saints. We believe in and teach the infinite and all-encompassing atonement of Jesus Christ, which makes forgiveness of sin and salvation possible for all people.” So, the doctrine of blood atonement does not support having the death penalty. Instead, the possibility of repentance and redemption for murderers by changes in their attitude and actions during the rest of the lives is a very good reason to eliminate the death penalty.

Is it true that innocent people are sentenced to death?

Even those who support the death penalty in principle have called for its abolition given that there is overwhelming evidence that innocent people are put to death. Since the restoration of the death penalty in 1976 there have been about 1440 executions, but also 156 exonerations, some after 30 or even 40 years on death row. These 156 innocent men and women were people who were tried, convicted, sentenced to death, and had their sentences upheld on direct appeal, before being exonerated. (Details are available at deathpenaltyinfo.com). A quick calculation shows that this is a shocking and totally unacceptable error rate of more than 10%! Some say that we should not have the death penalty if even one innocent person would be killed. But the actual error rate demands that people of conscience rise up to end the death penalty.

What about the feelings of the families of victims?

It is hard to imagine the overwhelming emotions one would feel upon losing a loved one to murder. Many of the family members of victims understandably want blood in return—at least at first. But when the State seeks the death penalty, the families of the murder victims usually have to wait decades for the cases, including appeals, to come to an end. And, in the vast majority of death-eligible cases, those cases are resolved without a death penalty. Utah has had only one new death sentence in the last 15 years, out of 150 death-eligible cases.

One Utah prosecutor, Creighton Horton, prosecuted many death penalty cases in Utah before eventually turning against the death penalty. In his book “A Reluctant Prosecutor” Horton explains what he learned after 30 years of prosecuting death penalty cases: “[T]he truth is this: if a capital case goes to trial and the jury returns a verdict of death, that pronouncement is probably the last satisfaction the victim’s family will get for years, if not decades. From that point on, the delays and uncertainties of the death penalty appeals process are likely to take a terrible toll, keeping the wound open and denying the victim’s family any closure. The ‘lucky’ ones, in my opinion, are those whose cases result in life without parole, rather than the death penalty. When that happens, the murderers go to prison and, for the most part, no one hears about them again—and the victims’ families are able to move on with their lives.”

“I put people on death row, and I know it’s time to end capital punishment.”

When the death penalty is not sought, the murder cases are like any other case. There is either a plea or a trial, and if there is a trial, there is usually only one appeal. The families get swift and sure justice. And for the most dangerous murderers, a sentence of life in prison without possibility of parole (LWOP) ensures that the person convicted will never leave prison. For example, in one recent high-profile death-eligible case, after four years of litigation, the victim’s widow requested that the case be resolved so that the family could try to move forward without having the resolution of the case dragged out. She said that her husband was a good Christian and she didn’t think that he would want anyone to be killed in his name.

Doesn’t having the death penalty save money?

A slight majority of Utahns I have asked believe that having the death penalty saves money. And those Utahns who support the death penalty often cite this belief as the basis for supporting the death penalty. But, the opposite is true. In 2012 the Utah Legislature’s Fiscal Analyst’s Office completed a study comparing the cost of a typical Aggravated Murder case in which the death penalty was sought and obtained, with the costs of an Aggravated Murder case in which the death penalty was never sought and a sentence of life without possibility of parole (LWOP) was obtained. That study determined that the additional cost of one case ending in execution was about $1.6 million more than one LWOP case. This is because huge extra costs are incurred preparing for a death-eligible trial, and then the penalty phase—which is the equivalent of a second trial, then doing decades of extra appeals, and finally being housed on death row.

Moreover, as striking as the $1.6 million number is, it is just the tip of the iceberg when it comes to the cost of the death penalty. The full cost of achieving one execution, or “cost per execution,” must include the costs incurred in all the other death-eligible cases that do not result in execution. Over the last fifteen years, there have been 150 death-eligible cases in Utah, and only one new death sentence. But substantial additional costs were incurred defending the great majority of those other 149 cases while the State sought a death sentence. 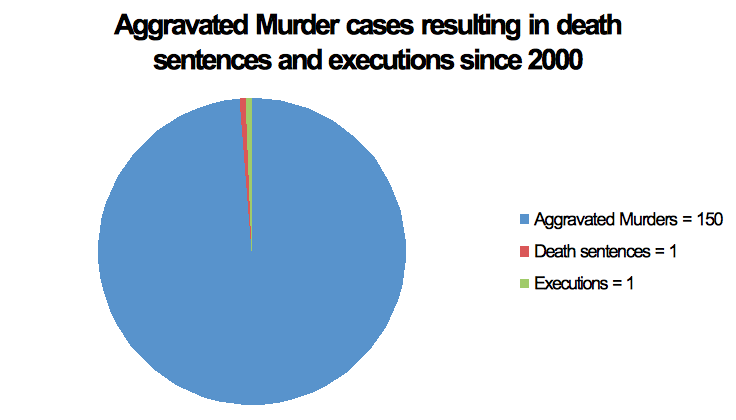 The inevitable conclusion we must draw from these facts is, not only is the death penalty far more expensive, but the money is wasted, because the State almost never gets a death sentence. What’s the benefit of spending extra money if you never get the death penalty? Would be tolerate a fire department that only showed up at one of each 150 fires, or a Postal Service that only delivered one of each 150 letters? The huge amount of taxpayer money wasted on the death penalty is why fiscal conservatives in the legislature are supporting its repeal.

Let’s all do our duty

In conclusion, the reasons for repeal are so compelling that a person can support the death penalty in principle, but recognizing that it is extremely costly and almost totally ineffective, can still vote to repeal it. Let’s all be ready to do our duty under “the prescribed processes of civil law” during the next legislative session, and inform our legislators what our opinion is about the death penalty in Utah.

Director, Utahns for Alternatives to the Death Penalty 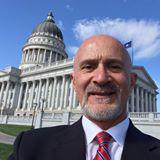