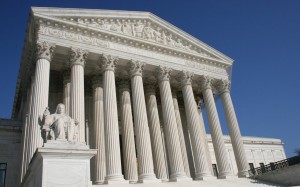 With this post, I am not advocating for a specific gun violence prevention policy or regulation, but seek to show a long-standing judicial precedent for firearms regulation. Gun control does not mean gun prohibition. Gun rights activists often conflate the two, perhaps to deter an open and honest discourse on the issue.

In the 2008 landmark case, District of Columbia vs. Heller, the U.S. Supreme Court struck down a Washington, D.C. law that prohibited possession of handguns and required a trigger lock on all firearms while stored in homes (a ruling I personally applaud). In doing so, the Supreme Court affirmed that the Second Amendment protects an individual’s right to possess a firearm for lawful purposes such as in self-defense within the home. In a closely contested decision, with five votes in favor of striking down the law and four against, the conservative majority handed an important victory to gun rights activists. However, the Court’s conservative majority also affirmed that there are sensible limits to the Second Amendment. In writing for the majority, Justice Antonin Scalia, one of the two most conservative judges on the High Court, observed:

Like most rights, the Second Amendment right is not unlimited. It is not a right to keep and carry any weapon whatsoever in any manner whatsoever and for whatever purpose: For example, concealed weapons prohibitions have been upheld under the Amendment or state analogues. The Court’s opinion should not be taken to cast doubt on longstanding prohibitions on the possession of firearms by felons and the mentally ill, or laws forbidding the carrying of firearms in sensitive places such as schools and government buildings, or laws imposing conditions and qualifications on the commercial sale of arms.

Scalia also cited a previous Supreme Court ruling (U.S. vs Miller) upholding “the historical tradition of prohibiting the carrying of dangerous and unusual weapons,” and affirmed that the government can enact such prohibitions.

In the Heller decision, the majority of the Supreme Court, all of whom were appointed by Republican presidents, resolutely affirmed that the Second Amendment has limits. This should come as no surprise because most of our rights have some limitations. Felons cannot vote. In most areas, you must obtain a permit before holding a large demonstration. Zoning laws limit your activities on your private property (try building a small chemical plant on your residential lot and see how quickly the local police stop you). Ever served in the Armed Forces? If so, you know that your right to free speech was severely curtailed the moment you joined. Other restrictions on speech include laws that prohibit the distribution or display of campaign materials near polling places. Broadcast television stations are proscribed from showing indecent programming during hours when children are typically awake. And of course, a person cannot falsely yell “fire” in a crowded theater, with the potential of causing a lethal stampede, without criminal consequence.

All engaged in the gun rights debate ought to remember that with rights comes responsibilities. Restrictions on the 2nd Amendment are there to ensure responsible and safe ownership of firearms. The U.S. Constitution’s preamble affirms the establishment of that document “in order to … insure domestic tranquility [and] provide for common defense.” The Declaration of Independence cites a universal right to life, liberty, and the pursuit of happiness. In the debate over firearms laws, the public’s right to live in safety and domestic tranquility must be balanced against the urge for a limitless right to acquire whatever kinds of arms one desires, and to carry them in whatever locations one chooses. Both the Miller and Heller decisions show a Supreme Court cognizant and appreciative of public safety considerations in deciding how far the Second Amendment reaches. Both decisions support restrictions on “unusual and dangerous weapons,” but leave open a vigorous discussion over where to draw the line.

For some Americans, a limitless right to firearms is almost a religious article of faith. However, members of the Church of Jesus Christ of Latter-day Saints should recognize that the Church itself has placed limits on guns. In an official statement, the Church announced a ban on firearms in most Church-owned properties, noting that “churches are dedicated for the worship of God and as havens from the cares and concerns of the world and that, consequently, lethal weapons, concealed or otherwise, do not belong in houses of worship.” Likewise, the Church-owned Brigham Young University (BYU) prohibits firearms (concealed or not concealed) on its campuses.

As Congress considers proposed legislation that would expand background checks, I hope those involved will not espouse the spurious limitless view of the Second Amendment and will avoid the hyperbole that often accompanies gun rights groups' lobbying efforts. We can protect individual citizens’ rights to bear arms while at the same time place modest firearms regulations to improve public safety. Supreme Court Justices Antonin Scalia and Clarence Thomas are highly regarded among most deeply conservative constituencies. Those constituencies would be well advised to recall that both Scalia and Thomas, along with the rest of the conservative bloc on the Court, have affirmed that some limits on the Second Amendment must exist in order to ensure responsible and accountable gun ownership and public safety.