After Obamacare, Can Congress Make You Eat Broccoli? 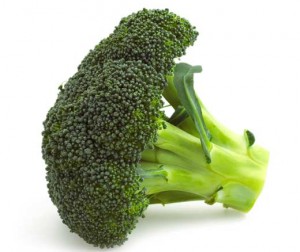 Opponents of the Affordable Care Act (ACA) of 2010 frequently criticized the law’s central component -- the individual insurance mandate -- and argued that if Congress was permitted to compel everyone to purchase health insurance, it could also pass other laws that compelled Americans to buy products such as broccoli. In his ruling against ACA, Judge Roger Vinson, a conservative Reagan appointee to the Pensacola, Florida Federal District Court, argued that if ACA were upheld, “Congress could require that people buy and consume broccoli at regular intervals… because people who eat healthier tend to… put less of a strain on the health care system.”

Jeffrey Toobin, a senior legal analyst at CNN who authored “The Oath,” a book that examines the ideological battles between the Obama White House and the Roberts Supreme Court, succinctly summed up the Obama Administration’s arguments for the legality of ACA, including its rebuttal of Judge Vinson’s contention, which was also made by several other conservative appeals court judges. Toobin introduced Neal Katyal, who became acting Solicitor General in May 2010 after Elena Kagan was nominated to the Supreme Court and who assumed responsibility for arguing for ACA at all of the law’s appeals. Katyal defended the law at a circuit court in Ohio in June 2011, contending that, “in this [health care] market, what Congress is regulating is not the failure to buy something but the failure to secure financing for something that everyone is going to buy.” Toobin summarized Katyal’s argument as follows: “Every American was going to buy health care at one time or another; the law simply regulated those transactions, before and after they took place.”

Katyal also refuted a similar argument to Judge Vinson’s “broccoli” comparison, made by Judge Jeffery Sutton, a conservative who had previously clerked for Supreme Court Justice Antonin Scalia. Katyal pointed out that the health care market was different from food or other markets for another reason: “Congress made a specific finding, that people without insurance are causing everyone’s premiums to rise to the tune of $1,000 per family, you and me, because hospitals have to take these people,” he said. “And that makes this market different than many of the examples we are talking about. The real question is, can Congress regulate, in a market in which it knows that everyone is participating, that is the health care market?”

But the critical point Katyal made, which won over Judge Sutton, was the observation that while everyone needs health care, the providers themselves cannot opt out of it. The health care market is different than other markets because, as Katyal noted, “I can’t show up at the broccoli store without money and say, ‘give me broccoli.’”

The vegetable and health care markets are dissimilar; ACA’s insurance mandate does not enable Congress to compel you to buy broccoli or other products for two main reasons: First, the costs of emergency room treatment for the uninsured are passed on to insured Americans, as well as medical providers. Like Katyal said, an individual cannot demand free broccoli from the supermarket, but an uninsured person can acquire free treatment at the emergency room, which is mandated by law. Second, health care is a service that all Americans use at some points in their lives. ACA ensures that health care is financed via insurance rather than passing costs onto providers or the insured.