When it is safer to be a police officer than it is to be a student at school, you know we have a problem. 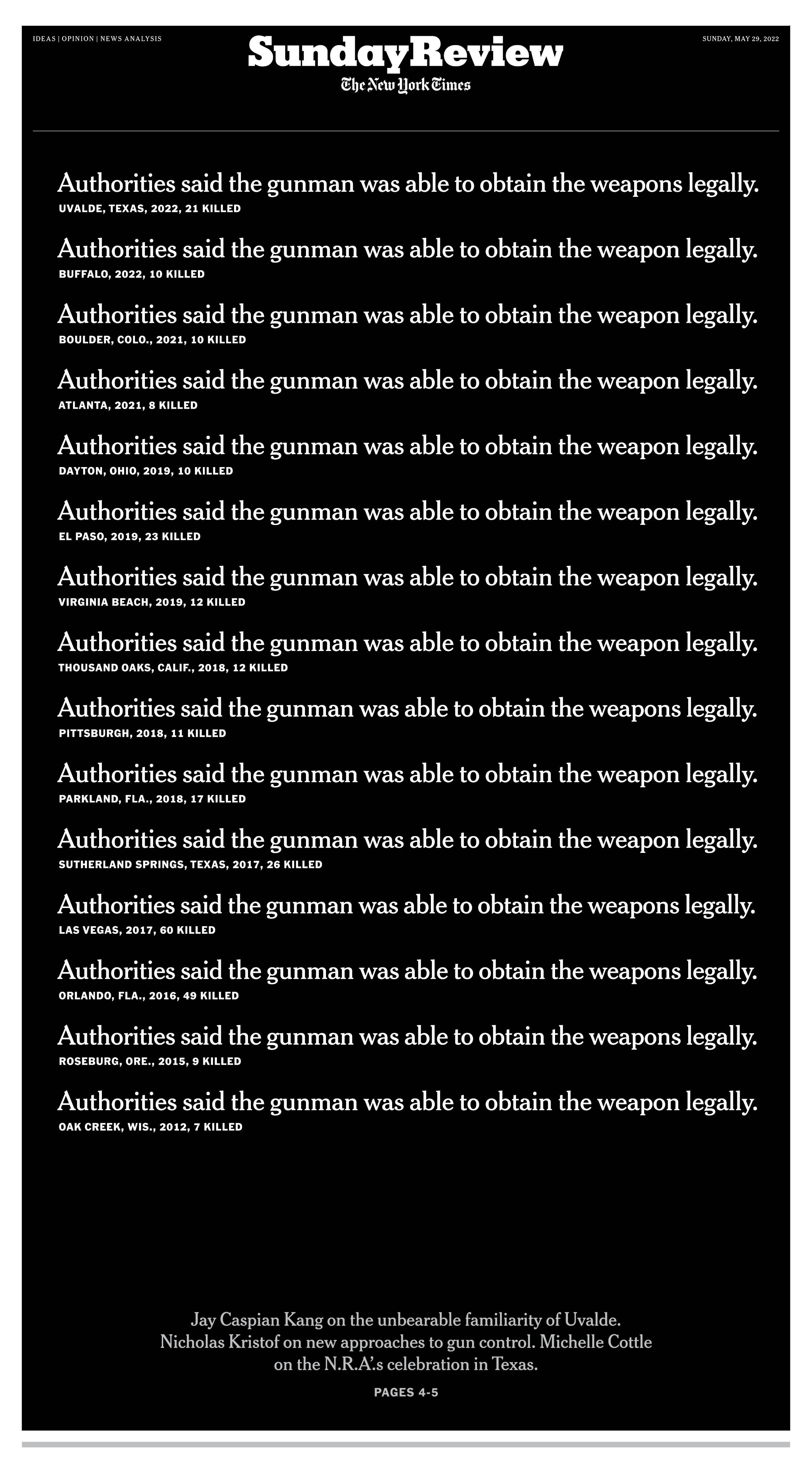 Other countries have had problems like this too and yet don't have them anymore. The solution in almost every case has been to get rid of guns or at the very least regulate them extensively. Australia, Scotland, England, Germany, Canada, etc. - all these countries tightened gun laws, or bought back legally purchased guns, and mass shootings stopped.

But, for the sake of argument, let’s say we in the United States want to have a gun culture (That definitely is the case). So, what we could do is look to another country that has a high-per-capita gun ownership culture and ask the question: Why doesn't Switzerland have mass shootings? They certainly have the guns for it. How do they do it?

I think the answer lies in the system and the culture created from that system. Every male between the age of 18 and 34 must enlist in the Swiss military if they're deemed fit for service. Both men and women receive intense mandatory training at the age of 18 and are considered part of the Swiss army until the age of 34. That sounds like a well-regulated militia (the first part of the second amendment).

Everyone is part of the army, everyone keeps their guns at home, everyone is trained how to use them.

Growing up in Montana, I remember hearing that if you want to shoot an assault weapon, enlist. This was at a time when assault rifles were banned, and mass shootings were less common. We have .22s, handguns, shotguns, and every other kind of gun for recreation. We don't need assault rifles outside of the military.

Let’s talk about mental health. The past 2 years have been trying on everyone's mental health, yet we in the United States are the only ones who have mass shootings on a regular basis ("mass shooting" defined as anything more than 4 people killed - we've had more mass shootings than days in the year). It seems obvious that the difference between us and other countries is the proliferation of guns built to kill on a mass scale.

I find the mental health argument a little disingenuous, however, because at the same time Texas made it easier for people to own guns, they also cut $200 million from the department that handles mental health. Clearly mental health is not seriously considered as a solution. I think if we *actually* took it seriously, it *could* really help. But those pushing lax gun laws are just using it as an excuse to keep gun laws lax; pinning the cause on something other than how easy it is to buy a gun.

After the massacre in Christchurch, New Zealand, the government changed the laws to make it harder for people to get semi-automatic firearms. They haven't had a mass shooting since.

I'm not advocating for an all-out weapons ban. I'm advocating for us as a society to take the second amendment seriously and if someone wants to exercise their right to bear arms, those arms must be well-regulated.

And we need to make sure that those who purchase guns can be trusted with that responsibility.