There's a Problem When There Are More Payday Loans Than Wards

Have you ever wondered why there are so many payday loan businesses lining the streets of Utah? Me too, and the answer might surprise you. 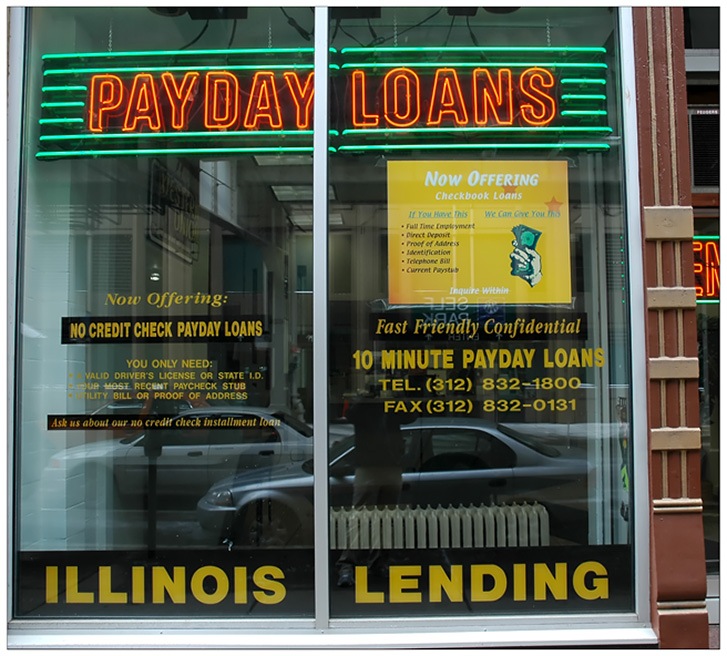 I noticed a few months ago how the streets of my childhood have changed.  Instead of small local businesses, restaurants, banks,  and grocery stores, huge conglomerates and corporations have replaced them.  Perhaps, the most shocking business that seems to  be everywhere are payday loan companies.   You see them everywhere.  On my particular drive, I counted ten different stores within a two mile stretch. How  did this happen? How did predatory loan companies set up shop and takeover Zion like the walking dead?

An article by the New York Times explained it best, "It is the nightmare scenario for those who worry that the modern campaign finance system has opened up new frontiers of political corruption: A candidate colludes with wealthy corporate backers and promises to defend their interests if elected. The companies spend heavily to elect the candidate, but hide the money by funneling it through a nonprofit group. And the main purpose of the nonprofit appears to be getting the candidate elected."

In this case, the "wealthy corporate backers" was the payday loan industry.  For years, lobbyists and investors from payday loan companies gave and funneled money to Attorney General Mark Shurtleff and John Swallow.  In exchange, the Attorney Generals Office defended and made Utah the epicenter of the payday loan industry.  In other words, the Attorney General was a front for the predatory loan service.  We are just now beginning to understand the depths of the corruption and deceit.  To me, it's disturbing that Utahns do a good job at electing corrupt folks like Shurtleff and Swallow, yet pass on decent individuals like Brad Dee and Reid Richards.

Back in 2008, the Deseret News reported on the "cozy relationship" Shurtleff had with the industry. The evidence was clear and the red flags were raised.  Yet so many of our legislatures bought into Mark Shurtleff and his twisted defense of the payday loan industry.  As he once stated, "It [taking out a payday loan] would take away an option that allows people with poor credit 'to avoid bankruptcy, repossessions and welfare. That would be immoral: not to give people that opportunity' of a payday loan."

As a member, bi-yearly I promise my bishop during my temple recommend interview that I have been "honest in my dealings with my fellow men/women."  Perhaps it would be wise for the Utah legislature and other elected government officials to think about this when crafting legislation and laws.  Do they support legislation because they believe in it?  Or do they support legislation that will swindle the poor, minorities, and unfortunate out of even more money?  In the case of the liberal laws that Utah has created toward the payday loan industry, they have done just that.

And as the Deseret News so dismally reported, "Utah has some of the most liberal campaign finance laws in the nation. Any candidate can accept any amount of money from any legal source, including businesses. And candidates can spend their campaign funds in any legal way they wish, including giving it to themselves. Recent attempts to tighten up those laws in the Legislature have failed."

We should not only know better, we should do better.