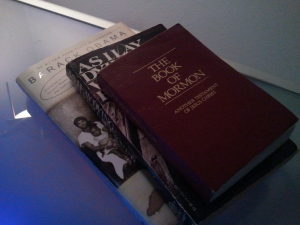 So Santorum: I am not voting for the next Preacher of the United States of America, so hush up about your religion and your Bible, and run for president already.
Bible Christians Contributors mormons News Links Obama Santorum
Do you like this post?
Tweet