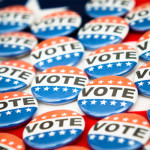 Several changes in voting laws are dramatically impacting women in Texas. Women that have been voting for years are now being asked for additional documentation to cast a ballot. Just imagine going to your local voting precinct, the same one visited for the last 40 years, and having the authenticity of your vote questioned? Now imagine that you are an elected judge and because of name discrepancy an affidavit is required to sign.

District Court Judge Sandra L. Watts faced these changes when a new voter ID law requiring strict uniformity across all forms of identification. Mrs. Watts, a Texas district judge, was prevented from casting her ballot in the state’s early voting session. According to Think Progress, Watts was challenged at the poll when she presented her usual ID, “What I have used for voter registration and for identification for the last 52 years was not sufficient yesterday when I went to vote,” Judge Sandra Watts told KIII-TV. Watts said she has voted in every election for the last 49 years and that her name on her driver’s license has remained the same for the last 52. The address on her license and voter registration card has been the same for more than two decades. However, on Tuesday at the outset of early voting for the November 5th election, the judge was asked to sign a “voter’s affidavit” verifying her identity before she would be allowed to vote.

The problem with Judge Watts' documentation was her maiden name was listed as her middle name on her driver’s license, whereas on her voter registration card her actual middle name is listed. This small discrepancy was enough to have her flagged as a potentially fraudulent voter. Under laws recently adopted by the state legislature, anyone whose name differs even slightly from one form of ID to another is automatically flagged. This revised policy particularly impacts married women changing maiden or using hyphenated names. Many Texas voters do not update all of their identification after marriage because the process is costly and time-consuming.

There is significant impact to women across Texas who do not have the notoriety that Judge Watts has. Many will be blocked from voting because they are unaware the need for original consistent documentation showing their change in status. For many woman who misplace their marriage license, the time and money to get another certified copy from the state is challenging. In many of the counties there is no local office, so additional resources are spent traveling to an office to obtain a copy.

As a resident of a neighboring southern state this is concerning. My birth certificate currently contains an error, as my name is recorded two different ways. I am also married and I use my maiden name in place of my middle given name on several personal documents. I am proud of my married status and proud to carry my husband's name, so why be penalized when it comes to election time? If such issues are not addressed this could adversely affect many women intending to vote for the Gubernatorial race, where Wendy Davis will be challenging Governor Perry. In desiring to protect citizen's right to vote, The Justice Dept recognizes the potential impact and is seeking suit.

I understand changes in Texas voter laws is an attempt to prevent cases of fraud. However, these changes will have a greater impact on actual voters than phantom red herrings.  Since 2002 Texas has prosecuted ID fraud only 50 times across all presidential and state elections.  In comparison these law changes will prevent more than 50 women, minorities, and students from voting in the next election.  Would it be improper to suggest the Texas legislator is using voting changes to target specific groups impacting elections? Perish the thought!