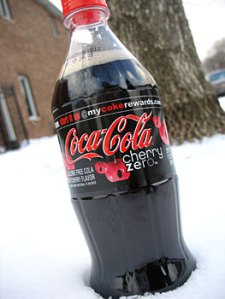 We've found new friends!  Catholics Democrats are following us on Twitter - and we in turn are following them!  Please check out their website here - and notice the bannerhead "Catholics for Obama." Also read this article here that details their efforts.

When you find a new friend it is usually because you both have something in common - and I mean something beyond the Blake Edward's film, Breakfast at Tiffany's, although for some people that's enough to keep a relationship together.  I read this week that Mitt Romney has a penchant for Cherry Coke Zero and McDonald's pancakes, and I was floored because those (and brown paper packages) are two of my favorite things as well.  So now, beyond our common religious affiliation, Romney and I share Cherry Zero and MacDoughs, and this is no small thing for me... especially because I'm trying to distance myself from Romney as the election draws closer.

But I am moving forward.  And to further this effort, I am giving up Cherry Zero until the election (and I hardly eat McDonald's pancakes anyway; you have to be there by 11 am on Saturday before the switch to lunch, and that is way too early.)  So instead, I am taking up Obama's favorite drink, which is... oh wait... black forest berry iced tea.  That might pose a problem.

Well, no matter - I found 50 Facts You Might Not Know About Obama, and I've already discovered 8 things we have in common:

1) I have read every Harry Potter book also (and then turned around and listened to them all on CD.)

2) I too have eaten dog, snake, and grasshoppers - and found them all to taste like meat.

3) I sometimes try to write with my left hand (when disguising my handwriting for ransom notes.)

4) I also like Casablanca and One Flew Over the Cuckoo's Nest (but edited for television only.)

6) Like Obama, I don't drink coffee and rarely drink alcohol (only in cough syrup and desserts - but mostly it cooks out.)

7) I've read the dedication page for Moby Dick; (it's written for Nathaniel Hawthorne - before Nathaniel unfriended Herman on Facebook for posting too much political stuff.)

And I will add one more thing to my list that wasn't included in the article: Me and the President will be voting for the same candidate in November.  That is some common ground to start from.
Contributors Mormon Obama Romney
Do you like this post?
Tweet