Far Between: A Documentary about LGBT Mormons

Just wanted to draw your attention to a really solid documentary project that is in a crucial stage of its campaign. Kendall Wilcox and Bianca Morrison Dillard have hit the initial Kickstarter fundraising goal and are now working to bring in enough to really make the film hit the ground running. Their campaign ends Wednesday, August 27th at 8pm (THAT'S TOMORROW). 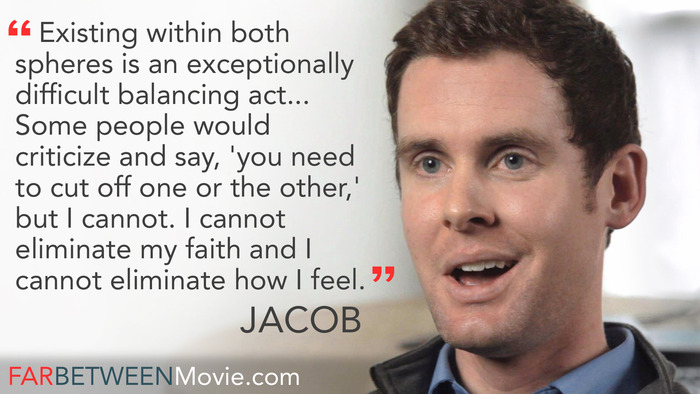 These are the folks that made the "It Gets Better at BYU" video, by the way, and they have a pretty great video on their page from Tyler Glenn of Neon Trees.

And here's their project in their own words (but you should really read the whole intro and watch the Tyler Glenn video:

My team and I have taken 3 years in research, development, and production. We've traveled the country collecting stories from over 200 people--those who are gay, straight, same sex attracted, transgender, Mormon, former-Mormon, the faithful and the no longer religious, those who are thriving and those who are deeply struggling, those who are searching and those who have found answers -- all to paint the most accurate picture of what it means to be LGBT/SSA and Mormon.

The beauty of FAR BETWEEN is that it rejects [...] polemics and instead asks viewers to commit to moderation, to listening, empathy, and, most importantly, to the idea that every person’s story is valuable. Regardless of whether or not you agree with individual perspectives on either side of the spectrum, we can hear one another and respond with respect. **Changing your mind isn’t even necessary**

This is Important: We are committed to avoiding the political circus you have seen before on issues of faith and sexual orientation. To keep this commitment, we need a little bit of money from a lot of people instead of a lot of money from one big donor who may have a political agenda not in keeping with our vision. There are plenty of films already in existence that speak to the views of either side individually. FAR BETWEEN is bringing something different to the screen. Every dollar donated, every Facebook share, every blog post, every tweet, and every conversation about FAR BETWEEN supports this fresh approach to the conversation about one of our society’s most sensitive and divisive issues. 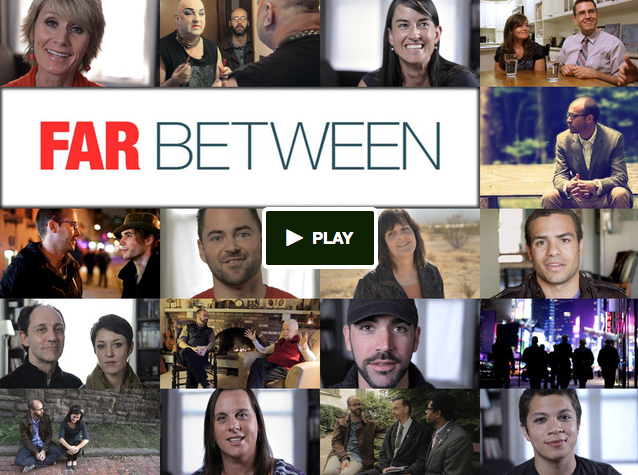