The Most Important Line of Hillary's Kick-Off Speech

The coverage of Hillary's kick-off speech earlier today on Roosevelt Island has portrayed her as a center-left fighter. The pundits are missing, however, what I consider to be the most monumental lines of her speech: 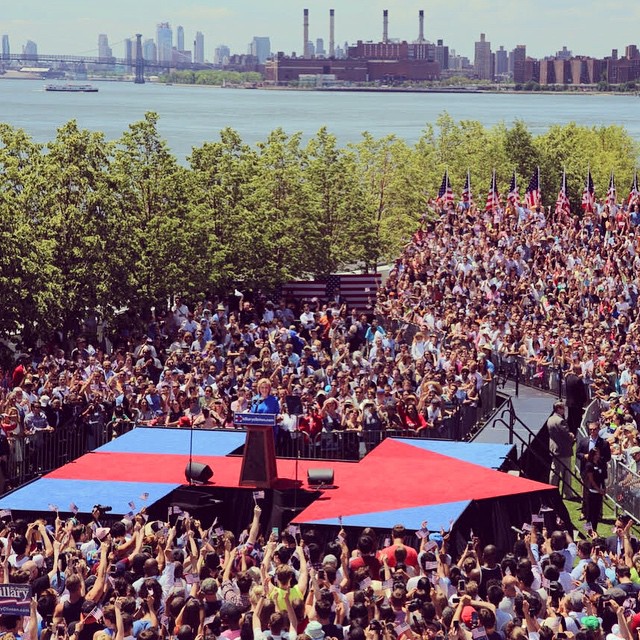 "There are allies for change everywhere who know we can’t stand by while inequality increases, wages stagnate, and the promise of America dims. We should welcome the support of all Americans who want to go forward together with us.

There are public officials who know Americans need a better deal.

Business leaders who want higher pay for employees, equal pay for women and no discrimination against the LGBT community either.
There are leaders of finance who want less short-term trading and more long-term investing."

As I read these lines, I realized: Hillary knows these people. She knows the governors and mayors who are eager to implement important programs. She knows the business leaders who want to lead out on raising salaries and eliminating discrimination. She knows who on Wall Street wants the finance industry to return to long-term investing. She knows these people in a way that President Obama, for all of his wonderful qualities, never did and probably never will.

I'm a huge fan of President Obama in many ways. I supported him in the 2008 primaries and basically put the rest of my life on hold to fight for the re-elect in 2012. He is probably the most normal person we've had in the White House since Harry Truman. I look forward to seeing what he does once his eight years are up. But along with all of the no-drama, long-view dispassion comes an insularity that has made him less effective than he could have been. This insularity led to the appointment of fellow Chicagoan Bill Daley as Obama's Chief of Staff.

In case you don't remember Daley's term as Chief of Staff, let's hop into the Way-Back Machine and go to December 2010. Having suffered a "shellacking" at the hands of the Tea Party wave in 2010 midterms, Obama bought into the centrist narrative of his presidency, where he needed to be "nicer" to business and reach out across the aisle to people who had sworn to defeat every single initiative. Obama brought Bill Daley in because he needed someone to play nice with the Republicans and business leaders (who were still pining for the confidence fairy) and he knew Daley from Chicago. The Daley tenure included lots of golf games between Obama and Boehner and the epic legislative disaster that emerged from the debt ceiling fight. After a year, Obama rediscovered his backbone and he and Daley parted ways. I can't imagine that Hillary, should she need to reach out to "business" (whatever that means--there are lots of industries in this world) would take a random banker-cum-government official and make them her chief of staff. There are other ways of doing things.

Much hay has been made, and will continue to be made, over the Clinton Foundation, about paid speeches by Hillary and Bill to people who will ultimately have business with the government (lest we forget, paid speeches are basically why Mike Huckabee runs for president). This vetting is well and good, but the lines from Hillary today point to a larger truth: she's spent the last 15 (really, 47) years networking. Hillary has some idea who wants to tackle certain projects, lead out on particular issues. Because there are people on Wall Street who want to make the financial sector better. There are folks in the c-suite who genuinely worry about the gap between what they and their employees pay.

I don't know how many of these people Hillary would be able to mobilize, and the problem of passing stuff through Congress remains. But these lines about allies, ones that aren't part of the standard Democratic Party speechifying routine, indicate two aspects of Hillary and her theory of change that the pundits are yet to notice:

1. The Clinton Foundation isn't all downside.

2.. Of the candidates, Hillary's probably the most grounded in the world in which presidents wield power and influence.

I have to admit, these truths make a Hillary administration a little more attractive.