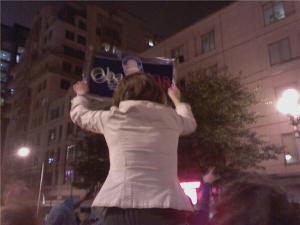 Also included was this quotation from a supporter in Texas: "Don't let the energy of the re-election slip through your fingers. This is a very powerful network of people."  And this expresses how I felt in 2008 and how I feel now.  Check out barackobama.com to learn about the issues and tasks at hand and the ways that we can be involved.  I am hopeful that we Mormons can stay engaged in the change we hope to see in our country, whether on a national or local level.  Let's continue to follow the words recorded in the Doctrine and Covenants to stay anxiously engaged in a good cause; let's continue to move forward.
campaign Contributors Doctrine and Covenants Fiscal Cliff
Do you like this post?
Tweet