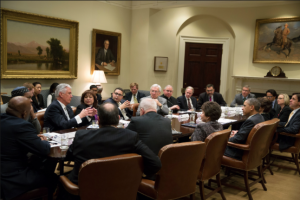 His words led to a buzz in the Mormon liberal sphere as folks shared the Tribune article and patted each other on the back for having Uchtdorf on our team. Many Mormon liberals were excited at even the implication that someone in the First Presidency might harbor even slight sympathies towards progressive politics, and I've seen a similar buzz beginning to spread.

And much of that excitement is deserved: I believe many if not most Mormon liberals would be happy to see our religious leaders taking bolder stances on political initiatives (when they take stances we agree with). Short of investing any financial capital, LDS leaders have a great many options for influencing legislation and politics for good. Simply by endorsing an initiative, many members would learn about and investigate important issues. Watching the LDS leaders take stances many Mormon liberals disagree with, such as supporting the ERA and Prop 8, has in many ways made stories like Uchtdorf's involvement in immigration reform a breath of fresh air.

But we need to be honest that this is simply surface level analysis, based on labels and assumptions without digging down into what exactly our Commander in Chief and First Presidency are supporting. Because the truth is that by many liberal measures, President Obama's immigration policies as well as the LDS-sponsored Utah Compact are terrible, terrible approaches to immigration today.

I'd like to focus in this post on the issue of deportation. There's a reason immigration activists call President Obama the Deporter in Chief. 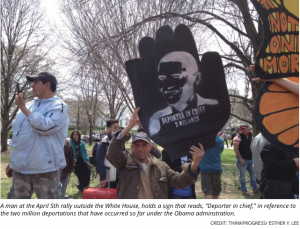 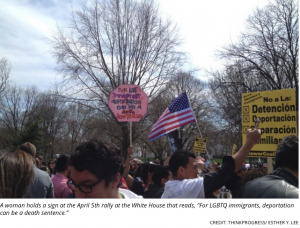 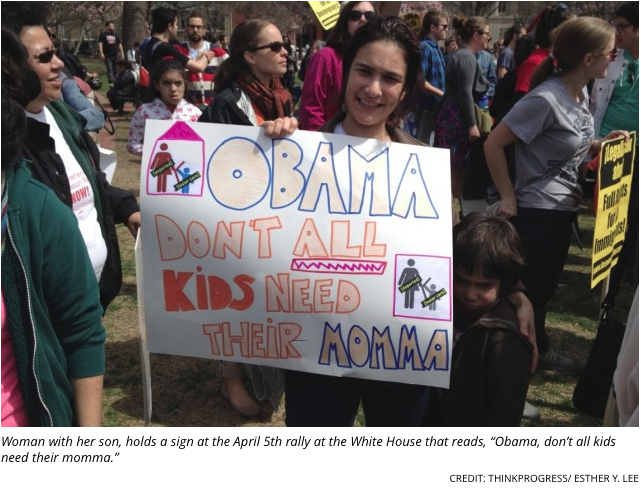 There's a great many reasons why not just undocumented workers but many other activists are against deportation. Debates over why a piece of paper should determine your rights and citizenship, why citizens of countries that the U.S. has engaged in shady interventions and armed conflicts should be forced to pay for the dirty involvement of Americans, why workers who have committed no crimes and are in fact a vital part of their local economy are forcibly deported, why families are split up and children thrown into foster care- these discussions aren't going to yield silver bullet answers that will satisfy everyone completely. But at a time when deportation is so universally assumed to be acceptable, many anti-deportation activists are calling for an honest and openminded discussion about its merits and drawbacks. 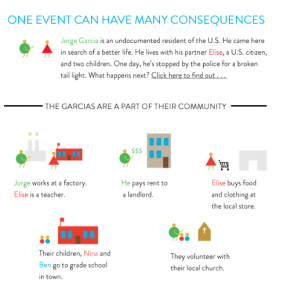 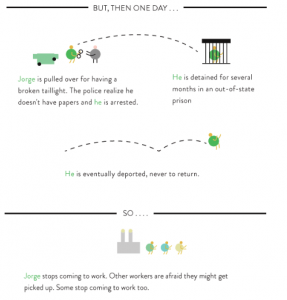 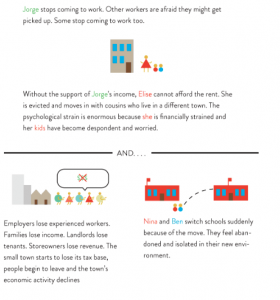 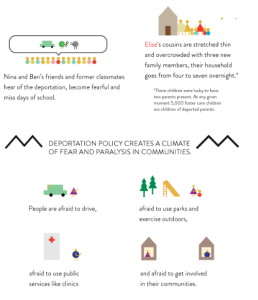 Even without discussing whether deportation is a good or bad thing, there's strong evidence that it's simply ineffective. Tom Ridge, former Secretary of the U.S. Department of Homeland Security, in a Sep. 10, 2006 Washington Times opinion article titled "Immigration and Security," wrote:

"Despite a record performance on deportations from ICE [U.S. Immigration and Customs Enforcement] the past two years, at current rates it would take nearly 70 years to deport all of the estimated 11 million people living here illegally, even if not a single new illegal alien entered our territory. Attempting to deport everybody is neither feasible nor wise."

And while President Obama isn't responsible for putting forward serious legislation to address these systemic issues (let's all say a prayer for Congress, shall we?), Mormon liberals should think twice before lauding President Uchtdorf's support for President Obama's immigration policies. Because for us, this issue is deeply personal; we are about families, aren't we? There are few more blatantly obvious means of literally tearing apart families than deportation, and it's deeply disappointing that Mormons have not cried out with one loud voice against such policies- even when it's happening within our community.

Numerous LDS bishops and branch presidents have been deported while the church stood at the sidelines watching. Felix Joaquin Callejas-Hernandez and Manuel Antonio Carias-Odonez were each branch presidents at the time of their deportation, and Callejas-Hernandez's wife and children were deported along with him. The church's only response was that their deportations reminded everyone of the need to address immigration reform. Never mind that both were law abiding citizens, or that their deportations must have sent a shock wave through their LDS congregations, or that their families were torn apart and uprooted in the process. And they aren't the only ones- you can read here about another LDS family being deported, here about a missionary arrested as he returned home from his mission, and here about the many struggles undocumented prospective missionaries face in the church.

"Every year, nearly 200,000 non-citizens —many with kids who are U.S. citizens— are deported and torn away from their families... resulting in more single parent households and psychological and financial hardship, or forcing their U.S. citizen children into deportation with them. These American children may have to start over in a country with a new language, fewer resources and an uncertain future. America’s immigration laws force American children to lose their parent, or their country. Mandatory deportation is a life sentence of exile. Such a severe 'one size fits all' punishment cannot be the basis of our immigration system."

Families for Freedom has also studied the negative health effects and economic issues brought about by deportation.
The New Sanctuary Movement, an interfaith religious advocacy group against deportation raids, has similarly said:

"[We] take a public, moral stand for immigrants’ rights. We witness the violation of these rights under current immigration policy, particularly in the separation of children from their parents due to unjust deportations... We are deeply grieved by the violence done to families through immigration raids. We cannot in good conscience ignore such suffering and injustice [...] We call for an immediate moratorium on all raids and unjust deportations that cause the separation of families, until such time as the broken system of immigration laws is fixed. We... actively and publicly work for comprehensive immigration reform in the United States."

If families are the central unit of society and the foundation of Mormonism itself, why are so many Mormons and even Mormon liberals on the other side this issue? Why are we not the ones talking about families and how these policies harm them?

In almost every other political policy in which our church has become involved, LDS leaders have told us that the laws of the land are created by its citizens and should embody Christian morals- when there is something on the political agenda that contradicts our beliefs, we should oppose it. As a people we have not held the law above our conscience when we disagreed with it; our Mormon polygamist foreparents would be appalled that we would cower behind repetitions of the 11th Article of Faith as justification for obeying unjust policies.

LDS leaders backing the Utah Compact doesn't help. In fact, the only thing it clarifies is that church leaders have already taken definitive stances out of the neutral zone on this issue. But if this is what being anxiously engaged in a good cause and in the work of salvation looks like, then we're definitely going to need more clarification from our leaders on what we really mean when we talk about legislation that will protect families- all families.

Written with help from Azul Uribe