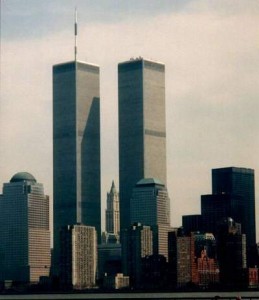 Typically when Americans reflect upon 9/11 we consider the unjust nature of the attacks (we call it 'terrorism' for a reason). There is then perhaps some consideration of how appropriate our actions have been since the attacks.

Typically when Mormons reflect on 9/11/1857, or Mountain Meadows Massacre, we consider the difficult circumstances of the mormons in 1857 and especially we recount the recurring persecution the mormons endured in the decades leading up to the massacre. We recall how we mormons were kicked out of Missouri, driven by an extermination order from the governor; how we had to leave the US after the murder of our leaders.

I find it somewhat ironic that as mormons we're content to look at the complex nature of Mountain Meadows Massacre, which doesn't excuse the attackers, but grants some level of understanding for them, while for 9/11/01 very few of us will grant the attackers the same benefit. We want to have the US take some responsibility for Mountain Meadows based on the chronic mistreatment of mormons, but how many of us consider the chronic abuses of the US on the peoples of the middle-east?

Do we stop to consider how our foreign policies have harmed those in other nations? This isn't to say we should ignore the positive effects of some of our policies, simply that we should not ignore the lessons we could learn from our mistakes. We funded and armed the Mujahideen (precursor to the Taliban and Al Qaeda) so they could fight the soviets vicariously for us. After giving billions of dollars worth of weapons to them and then supporting every policy decision made by Israel (regardless of the morality or efficacy of their policies) should we be so surprised that some felt persecuted enough to attack us? Again, I don't say this to excuse them and certainly not to say we deserved it. I say this because I'm trying to approach these attackers in the same way that most mormons approach Mountain Meadows Massacre. 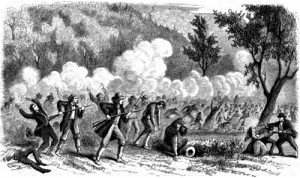 I also can't help but see a terrible pattern of completely ignoring modern day revelation on the topic of war. Section 98 clearly gives mormons the command to "renounce war and proclaim peace" and gives God's laws regarding war. We are never to start war (which we clearly did in Iraq and in Mountain Meadows). When attacked we are to offer peace to the attackers, and not just the first attack but the second also! After we're attacked the third time God says we are justified in engaging in a defensive war, but we are also given the promise that if we continue to petition for peace rather than going to war that God will fight our battles for us and multiply our blessings for such a decision. This isn't a revelation that can be explained away as being specific to a particular people at a particular time. It specifically says that this is the law God has given to ancient prophets.

So on this 9/11, let's take time to learn from our mistakes. What do we learn about the relationship between our own conscience and religious authority? Can we learn to live in accordance with Section 98? Can we pause to consider how the world views our foreign policy? Do we currently have policies which are likely to cause us future harm? As we mourn those who lost their lives in the attacks, let us also consider what mistakes we have made that should be corrected.