In summary, here is a 1978 message from the church's First Presidency:

"We urge members of The Church of Jesus Christ of Latter-day Saints to protect their own children through immunization. Then they may wish to join other public-spirited citizens in efforts to eradicate ignorance and apathy that have caused the disturbingly low levels of childhood immunization.

Immunization campaigns in the United States and other nations, if successful, will end much needless suffering and erase the potential threat of epidemics. Such efforts are deserving of our full support.”

"Today, with the use of immunizations, these diseases are becoming more and more uncommon. In fact, they are so uncommon that many parents have become lax about immunizing their children. Some feel that there is no need; others fear adverse side effects. But parents have an obligation to protect their families through immunization."

"The advantages of immunization overwhelmingly exceed the minuscule risks of receiving vaccines. Immunization renders an individual resistant to disease for varying time periods. Maintaining immunity may require a booster injection."

There is historic reason for such a pro-vaccination position. To review it, we need to go back over 100 years. At the turn of the century, the Mormon church was undergoing a major transition. The most public aspect of the transition was the shift away from polygamy. More relevant to the topic at hand however is the shift away from a heavy focus on faith-based healing and religious healing rituals.

In the 1800s Mormons had several religious healing rituals. The only one that remains in the church today is when [male] priesthood holders anoint the sick with oil and give them a blessing. However, women used to also anoint and bless the sick. The temple also played a significant role in healing rituals. Mormons used to practice baptisms for health in the temple (and at times outside of the temple). In this practice the most common method was to baptize the sick 7 times (reminiscent of the healing of Naman). Additionally, just as Mormon temples today have Temple Sealers (those who perform the ritual of sealing families together for eternity), temples used to also have Temple Healers. They would anoint the sick body part with oil and give a special blessing.

Healing rituals were deemphasized over a 20-30 year time period and after significant atrophy they were removed. Modern medicine was advancing and there was a move towards further embracing it. I say further because even in the mid 19th century Mormons had begun to embrace it. Brigham Young sent women to medical schools in the eastern US to become doctors (which was very progressive at that time).

Even as this transition towards modern medicine occurred, several Mormons (including leaders) still advocated for faith-based healing and shunned modern medicine. Speaking of smallpox vaccinations, Apostle Brigham Young Jr said that the vaccinations were:

"Gentile doctors trying to force Babylon into the people and some of them are willing to disease the blood of our children if they can do so, and they think they are doing God's service." 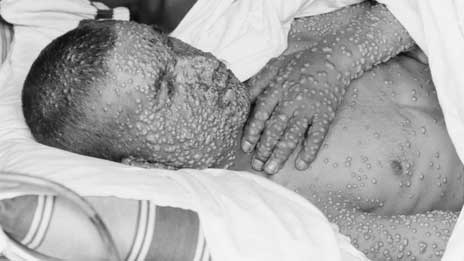 The issue of vaccination became heated because of smallpox. In Utah alone in 1899 and 1900 there were a reported 4,000 cases of smallpox and a reported 26 deaths. The emergency prompted Board of Health to send a mandatory notice to the Board of Education that no unvaccinated children could attend school. Mormons were split on how they viewed this compulsory vaccination and how to deal with smallpox.

Charles Penrose (of the church's First Presidency) as well as his wife, Dr. Romania B Pratt Penrose, championed those who opposed compulsory vaccination as an "encroachment" upon personal liberty. At that time, Penrose was the editor of the Deseret News and he used the paper to push his opposition to vaccination. Between this and many comments like those of Brigham Young Jr, most people in the state were convinced that the church leadership opposed vaccination. In reality, only a minority of church leaders held such a view.

By 1901 the Utah State Legislature passed a bill outlawing compulsory vaccination. However Governor Heber M. Wells vetoed this bill. On 21 Feb. 1901 Utah's legislature overrode the governor's veto and passed a law ending compulsory vaccination of school children. This resulted in Utah children being exposed to smallpox for many more years. Between 1900 and 1925 over 15,000 Utahns died of Smallpox.

In June 1904 Apostle Abraham Owen Woodruff and his first wife Helen died of smallpox after declining the counsel of LDS president Joseph F. Smith to be vaccinated before the young couple went to Mexico City. About twenty years later the First Presidency and Twelve agreed to take a stand in favor of compulsory vaccination.

So with that historical backdrop, the church's pro-vaccination stance should be even more clear.