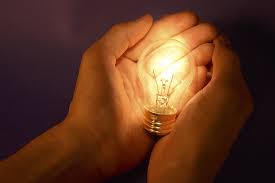 America’s antiquated health care insurance system has hampered innovation and ultimately slowed economic growth for decades due to the insurance system’s perverse incentives. However, the 2010 Affordable Care Act (ACA), or Obamacare, has done much to reverse those disincentives. Consider the following scenario:

Imagine you work for a large company that pays an acceptable salary. Like three-fifths of all American workers, your employer also pays a significant portion of your family’s health insurance premium, which, as part of a group health insurance plan, already costs much less compared to the health plans available to small businesses and the self-employed. However, after working at the same company for many years, you yearn for the opportunity to start your own business. Maybe you are tired of being subordinate to a large corporate bureaucracy. Perhaps you have even begun to hate your job. Over time, you develop a several good business ideas and finally are at a point where you feel your proposals are robust enough to start a new business. What would keep you from quitting a job you do not like for pursuing your personal business dream? Like any responsible breadwinner, if the job was your family’s sole source of health insurance coverage, you would likely be hesitant to give that up in order to start a new business without any guarantee of success.

Starting a new business is precarious enough, without having to worry about the risk of financial ruin by dropping your health coverage. Economists call this phenomenon “job lock,” a situation where individuals feel they are locked into their job for fear of losing health coverage for their families. That fear is not unfounded because prior to the Great Recession in 2008, the number one cause of personal bankruptcy in the U.S. was medical expenses. Uninsured and underinsured families who suffered serious illness often went broke trying to keep up with medical bills. According to a survey conducted by the Employee Benefit Research Institute, 27 percent of workers reported that their employee health benefits were the primary reason they would not change jobs or retire.

The trouble with job lock is that it greatly impedes innovation and ingenuity. Economists across the political spectrum agree that development of new technologies is a primary driver of economic growth. Our nation needs more people to innovate and start new businesses in order to achieve and maintain robust economic growth. Through its health insurance exchanges and expanded Medicaid coverage, ACA offers more affordable health insurance coverage options to millions of American workers, giving workers greater control over their future, thereby reducing the power of job lock.

ACA’s detractors have used a recent report from the Congressional Budget Office (CBO) about ACA and its impact on employment levels to assert that health care reform law will hurt the economy by increasing unemployment. Critics base this claim on a CBO estimate, which predicts that ACA will lead to a reduction in the amount of hours workers choose to work, equivalent to 2.5 million workers over 10 years. However, the CBO report was primarily an analysis of ACA’s impact on the supply of labor. As the report stated, “the estimated reduction stems almost entirely from a net decline in the amount of labor that workers choose to supply, rather than from a net drop in businesses’ demand for labor.” Contrary to many popular claims, the CBO report did not find that unemployment would increase as a result of ACA. To the contrary, the report indicated that ACA would “boost overall demand for goods and services over the next few years because the people who will benefit from the expansion of Medicaid and from access to the exchange subsidies are predominantly in lower-income households and thus are likely to spend a considerable fraction of their additional resources on goods and services.” This “will in turn boost demand for labor over the next few years.” In other words, ACA will actually reduce unemployment.

In essence, the CBO report reveals that ACA will deliver a powerful blow against innovation-obstructing job lock. Elderly workers who are in a job simply for the insurance until they are old enough to qualify for Medicare now have more flexibility for an early retirement. New mothers will have greater flexibility to reduce their hours or stay home with their small children, should they so choose. Other workers may elect to reduce their hours to care for an ailing family member. And perhaps most significantly for our economy, some workers can now go part-time or quit their jobs altogether as they prepare to launch new business ventures. The CBO report simply confirms that Americans can expect greater flexibility to pursue their desires and dreams as ACA is fully implemented.