Oh, SNAP! (Why feeding the hungry is the right and smart thing to do.)

posted by LDSDems | 529sc
June 06, 2013
Post by Rob Taber Crossposted with Young Democrats of America Faith & Values Initiative
What would you say if I told you that our nation had a program that:

2. Has an error-rate that's at all-time low and a program budget where over 95% of all money spent goes directly to helping families.

3. And is incredibly good at responding to economic downturns, mitigating the impact of recessions and other set-backs on child health and development, which helps reduce the cycle of poverty?

The program in question: the Supplemental Assistance Nutrion Program. (More about who uses it, why they use, and fraud rates can be found here.) It is extraordinarily good at doing what it was designed to do: help children, the elderly, the disabled, and the working poor stay food secure, meaning they don't get to the point of malnutrition. Despite a reputation for fraud and abuse, fraud rates are very low and keep getting lower.

The House Committee on Agriculture has advanced a version of the Farm Bill that cuts over $20 billion from SNAP over the next 10 years. The Congressional Budget Office estimates that this would eliminate benefits of 1.8 million people per year, including 200,000 children who would no longer automatically qualify for the school lunch program.

The push to cut SNAP comes from Representative Stephen Fincher, Republican of Tennessee, who received $3.5 million in direct payments for his farmland between 1999 and 2012, including $70,000 in the last year, which is roughly equivalent to the maximum annual SNAP benefits for 12 working families. (This gets to another major problem with the 2013 Farm Bill: both the House and Senate are repealing the direct payments program, where the identity of major recipients is a matter of public record, in favor of an expansion of the funding and eligibility for the crop insurance program, whose beneficiaries are anonymous.)

The members of the House Committee on Agriculture reportedly traded Bible verses over these cuts and our responsibility towards the poor. This led Rep. Fincher to share Matthew 26:11 ("The poor you shall always have with you") and 2 Thessalonians 3:10 ("The one who is unwilling to work shall not eat") as evidence that "The Bible says a lot of things."

Last month, Rep. Fincher stated, "The role of citizens, of Christians, of humanity is to take care of each other, but not for Washington to steal from those in the country and giving it to others in the country." 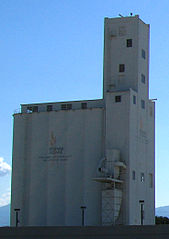 This reminds me of discussions in LDS circles, where feeding the hungry is recognized as a very good thing to do and SNAP (often referred to as food stamps) is sadly depicted as an evil, over-reaching government program. We are very focused on taking care of our hungry Latter-day Saints, either through the official Church welfare program, or through member-led efforts, and we conduct targeted humanitarian relief efforts for others around the globe. This is great, but the Church isn't our only community.

The United States is also a community, wherein we elect legislators and executives who have the sworn duty to "preserve, protect, and defend" the Constitution, which itself was created to "insure domestic tranquility," "promote the general welfare," and "secure the blessings of liberty to ourselves and our posterity." We pay our taxes, one of the responsibilities that comes with the rights of citizenship or residence, with the intent that our representatives will use this money towards these goals. Helping working families, the elderly, and, above all, children, receive the food they need to avoid acute hunger is crucial for them to secure the blessings of liberty. As Appleton, Wisconsin has discovered, good food can make all the difference.

During the 2012 election, the LDS Newsroom worked overtime to educate the public on what Mormons believe. A highlight was the publication of the editorial Modern and Mormon. I love its emphasis on the importance of both faith and reason and our need to ask questions, to pursuing truth, and to "seek after" anything that is "virtuous, lovely, of good report or praiseworthy." The Supplemental Assistance Nutrition Program (SNAP), a  praiseworthy program "of good report," is in danger of major cuts that will cripple its ability to feed the hungry and short-circuit the cycle of poverty. If you want SNAP to keep doing the job it's doing so well, let your Congressperson and Senators know that you don't want the cuts to happen. While you're at it, remind them that the sequester hurt WIC's ability to help moms and babies. We cannot starve our way to recovery.
Issues ldsdems
Do you like this post?
Tweet