On Faith and Politics at the DNC 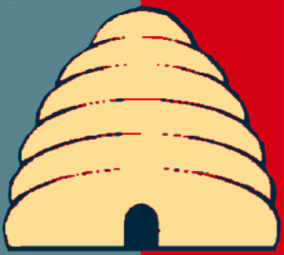 Post by Rob T.
For those of you who are unaware, Mormons for Obama, LDS Dems, and the Scott Howell for Senate campaign all had a presence at the DNC. We had a fantastic gathering Tuesday afternoon, where we got to hear from Senate Majority Leader Harry Reid. (Crystal Young-Otterstrom, chair of LDS Dems, introduced him. Scott Howell also spoke, introduced by Dr. Greg Prince. I said a few words at the beginning.)

This was only the beginning of the LDS presence at the DNC. The Democratic Party has a robust faith outreach team, and they sponsored panels and gatherings throughout the week where we talked about how our faith influences our politics and policy preferences. The panels were moderated by Reverend Derrick Harkins, head of DNC Faith. (He also had a stern rebuttal to those who tried to make a story out of dropping of God from a turn-of-phrase in the Democratic platform.) I participated in a panel Wednesday morning, talking about how we Latter-day Saints care for the poor and needy. That afternoon, Scott Howell spoke to a room of hundreds about being our brother's and sister's keeper, including a quick overview of the Articles of Faith and quoting President Hinckley before closing out by bearing his testimony. (He concluded his talk with, "In the name of Jesus Christ, Amen." This man is running against Hatch. He's accomplished in private industry and government. You should check him out.)

After these discussions (and brunch with a Rabbi from Greensboro who had been on my panel that morning), it was very strange to get online and see the "controversy" over whether the Democratic Party had space for religion or people of faith.

Now this concern about secularism is working its way into the Governor's stump speech in various ways. The disconnect is bizarre. Ah well. There's campaigning to do, and a President to re-elect. As many speakers at DNC faith events quoted, "For God hath not given us the spirit of fear; but of power, and of love, and of a sound mind."
Contributors democratic national convention Democrats DNC harry reid
Do you like this post?
Tweet