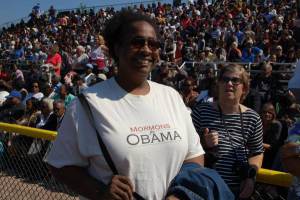 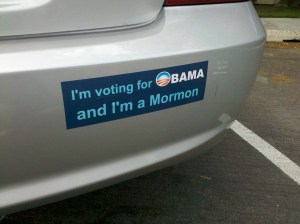 I am grateful for a lot this Thanksgiving season.  And I am especially grateful to all of the Mormons for Obama out there who stood up for the President (and sometimes made difficult sacrifices) in the midst of a contentious election season that sometimes came closer to home than we would have hoped or anticipated.  Please share your stories with us!  We would love to hear about your experiences with your t-shirts and bumper stickers!  (And Happy Thanksgiving!)
bumper sticker campaign Contributors mormons t-shirt thankful
Do you like this post?
Tweet