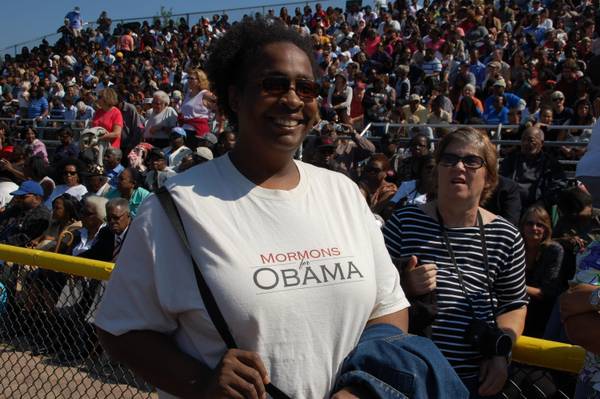 And Kelly wasn't even aware she had ended up on a news site - she just knew that a lot of people wanted to take her picture (considering her awesome shirt she wore for the rally!)  So, it wasn't until she saw the link posted on our Facebook page that she learned that she was famous.   Congratulations Kelly!  Great job representing Mormons and representing Obama supporters!
campaigning mormons News Links Obama
Do you like this post?
Tweet