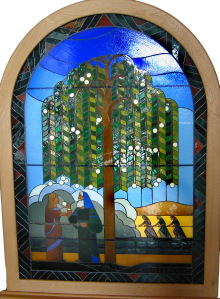 So let's put this simplistic thinking to rest. Choosing Obama over Romney is not the same as choosing the great and spacious building over the tree of life.  But don't get me wrong; I do believe that there are extremely compelling reasons to vote for Obama in 2012, and so I don't mean to trivialize the decision with the following analogy; but maybe it's more like choosing a spinach salad with feta, cranberries, and raspberry vinaigrette over an iceberg lettuce concoction from Jack in the Box.  The iceberg lettuce salad has a form of healthiness, but in the end it is empty, wilted, and undeniably overpriced.