Posted on Blog · March 14, 2012 4:11 PM
Hello everyone!  Click on the link to join the Mormons for Obama group on Facebook!  It is the (un)official Super PAC of MormonsforObama.org.  Both of these entities (that share the same name) are working towards the same goal; from the Facebook group we read, (and I quote here), "This group is not an anti-Romney group; it's a group created to let people know that there are Mormons who support Barack Obama in 2012 because they think he's the best candidate."  And from MormonsforObama.org we read, (am I really quoting myself?) "Firstly, we don’t hate Mitt Romney, and we don’t want to character-assassinate him here...However, we wanted to have a place to express our support for the President, his vision and policies, and his campaign for reelection; hence, we’ve created this website." 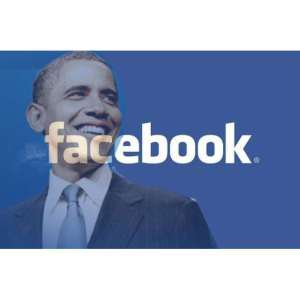 But these two internet entities are in no way collaborating with each other, nor are they communicating!  They are completely and totally and 100% free of all and any type of coordination!  (To understand why this even matters, please read Jen's post on Super PACs, and watch Steve Colbert's and Jon Stewart's explanation as well.

So please join Mormons for Obama on Facebook to interact with like-minded supporters of the president.  You will find updates from this website, plus postings of events, other web links, and civil discussion of the 2012 election!  Tom is in charge over there, and I don't even know if that is his real name, that is how uncoordinated we are.

Join Mormons for Obama on Facebook by clicking here!

Take a Stand Against Super PACs

Super PACs make me so mad.  Regardless of party affiliation, I think that everyone can agree that Super PACs are seriously undermining our democracy. Allowing individuals and corporations to make unlimited and undisclosed contributions is a sure way to buy politicians and thwart the democratic process. Please watch this excellent two-minute NYTimes Cast that gives a very clear and succinct explanation of how Super PACs work.   For a more light-hearted and entertaining explanation, watch this clip from The Colbert Report that shows Colbert transferring control of his Super PAC over to Jon Stewart, whom he cannot "coordinate with." It gives me chills of horror when he concludes with: "And God bless Citizens United!"
Here are three simple ways you can take action:
1. Sign this petition started by the Democratic Senatorial Campaign Committee to reverse the Citizen's United Decision.
2. Sign this petition to President Obama started by the League of Women Voters to put appoint new commissioners to the FEC.  I am a long-time member of the League of Women Voters, a non-partisan group that seeks to promote democracy by educating and registering voters and supporting voting rights. They argue that one way to keep money out of politics is to improve the Federal Election Commission: "The FEC is supposed to be the government agency that enforces campaign finance laws, but it isn’t working and hasn’t for a long time. Of the six commissioners at the agency, three of them simply refuse to enforce the law, and five of the six are serving despite the fact that their terms expired some time ago."
3. Find ways to get involved with your local community through the organization Move to Amend whose stated mission is to "get the money out of politics." They recently called for protests at federal courthouses all across the US on the second anniversary of the Citizens United decision.