I'm genuinely enthusiastic about voting in this year's mid-term elections in a way I often am not. 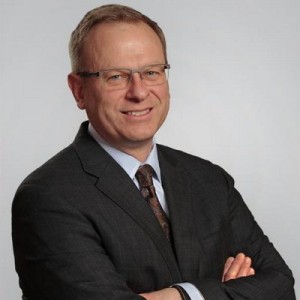 One reason is because it's so important: as we all know, control of the senate is up for grabs in this election, and it really could go either way. One way or another it could make a huge difference to what President Obama does in his last two years in office. Another reason is that I get to vote for a candidate I really like, Doug Owens of Utah's 4th Congressional District. I think we've all had the experience of not really caring for either of the candidates and just going for the best bad choice we had. This is always disheartening. It's such a pleasure when we genuinely want to vote for a particular candidate.

Even within like-minded groups such as religions or political parties, there is diversity of thought about why we vote the way we vote. No less than the late President Gordon B. Hinckley declared a preference for voting for the individual rather than the party. There is a lot to be said for this, obviously. When it causes us to make bad choices loyalty can be a vice rather than a virtue, and such is the case when supporting a dishonest or unqualified candidate just because he or she is on our team. Of course I'm confident that President Hinckley used wise and sound judgment in choosing what made him support an individual. But for most of us it can be a tricky prospect. Every election we hear talk of "character" as a defining attribute of what makes a good candidate. In a 2012 Sunday School class I attended I heard a member use a Book of Mormon passage about choosing "righteous leaders" to support his point that it doesn't matter what policies a candidate will implement, only the individual's character. The pretty clear implication was “I don’t care if Obama’s policies seem moral, logical and effective. He isn’t LDS and Romney is.” Yet of course it doesn’t work to choose who we support based on who shares our religion when, for example, Mitt Romney and Harry Reid are both actively LDS yet very much on opposite sides of the political fence.

As it says in 1st Samuel  16:7, “Look not on his countenance, or on the height of his stature; … for the Lord seeth not as man seeth; for man looketh on the outward appearance, but the Lord looketh on the heart.” . Far too many of the things people see as “character” issues in a political campaign are really just outward appearance. They reveal very little about someone’s heart. .  Basing your vote on who seems like a nice guy or talks the same way you do or goes to your church or walked ten miles in the rain every day as a child to return his grandmother's library books or who gives you a warm fuzzy feeling isn’t voting on character, it’s voting on personality. Those things don't tell you what a candidate will do in office, they tell you whether a candidate is likable. In Matthew 7:16-20 the Savior states . “A good tree cannot bring forth evil fruit, neither can a corrupt tree bring forth good fruit . . . . Wherefore by their fruits ye shall know them.”

A candidate’s policies and actions are their “fruit”. While obviously whether they are honest about what they will or won’t do is highly important, it can be difficult to make that judgment. And when a candidate supports policies I consider immoral and ineffective, or opposes those I consider moral and effective, knowing that he or she will do what they said is hardly comforting. So for this election, I’ll be voting for candidates whose policies I see as reflecting charity, “the pure love of Christ” (Moroni  7:47). Some of these candidates are LDS, and some are not. Sadly, I have yet to find any that are Republicans, at least not in races in which I am eligible to vote. So yes, I’ll likely be voting for all Democrats. Because for this particular election, it’s the best indicator I have of whether a candidate supports caring for the sick, the poor and the needy.  Whether they support the compassionate stance on immigration that President Dieter F. Uchtdorf has so clearly stated is the church's position. Whether he or she believes that all of God’s children are to be treated with love and respect.  And in that way, I believe I am doing the best I can to make righteous choices.