The Political Standing of Gays and Evangelicals

It has been almost two years since I reviewed a book by tea party constitutional guru, Cleon Skousen, The Five Thousand Year Leap:  28 Great Ideas That Changed the World (Ann. Ed. 2009).  See Cleon Skousen, the Tea Party, and Equal Rights Before the Law, April 12, 2012, in McAffee Machinations.  In that book Professor Skousen referred approvingly to the founding era’s harsh penalties for “the crime of ‘homosexuality,’” considering that it was—appropriately—viewed as a crime “against ‘the whole people,” virtually the equivalent of treason, cowardice, and desertion. 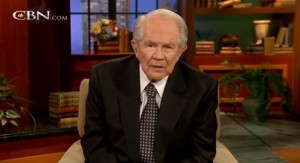 Much more recently, in the context of the ongoing debate over civil rights versus “religious freedom,” Pat Robertson stated on his The 700 Club television program, that “Jesus wouldn’t have baked a cake for a same-sex wedding”—referring to a controversial Colorado case where a baker in Colorado was found guilty of discrimination for refusing to supply a cake for a same-sex wedding—“because the couple would have been stoned to death before the ceremony could take place.”  (So much for the oft-repeated injunctive query:  “What would Jesus do?”)  Robertson also underscored his personal view that LGBT people “have become the oppressors of those who hold deeply held religious points of view.”

It is at least puzzling to encounter modern religious thinkers placing positive reliance on extremely harsh attitudes, and even punishments, imposed on gay people in history.  It is as though the equally harsh and judgmental justifications, and even reliance on the Christian scriptures, to defend slavery, racism, and the oppression of women, were easily and readily distinguishable from the historical treatment of gays.  Does it tell us something positive that homosexuality has served as an adequate grounding for the death penalty during the Christian era?  Does Pat Robertson think that we should execute by stoning all gays who try to marry?  And if not, how is the potential for stoning in the New Testament era—based on the law of Moses—of any relevance for determining modern public policy?  And I was also struck to ponder Jesus’ instruction when the scribes and Pharisees brought the woman “taken in adultery,”  expecting him, almost tempting him, to apply the death penalty.  Instead, Jesus declared:  “He that is without sin among you, let him first cast a stone at her.”  (Jn. 8: 7)  One cannot help wondering if Pat Robertson is ready to throw that stone.

Robertson also seems to assume that the only ground for expecting fair and reasonable treatment of those legally engaging in a gay wedding is a desire to oppress those with deeply held religious points of view.  If this were true, it would amount virtually to a confession that legally preventing marriage equality for gays who are deeply committed to marriage for religious reasons makes evangelicals themselves “oppressors of those who hold deeply held religious points of view.” Robertson should consider that an episcopal bishop has written a moving, even devotional, defense of marriage equality, defending it in part on religious grounds.  Gene Robinson, God Believes in Love:  Straight Talk About Gay Marriage (2012).  But, of course, in Robertson’s mind the law should honor the deeply held religious viewpoints of evangelicals while rejecting the views of religious gays since their views advocate the “unnatural” and “perverted.”  Evangelicals of Robertson’s stripe, at least, are deeply committed to religious freedom—so long as it is limited to their own.  For reflections about similar views and arguments, see Religious Liberty, Gay Marriage, and Sexual License, March 14, 2014, McAffee’s Machinations.

This encounter with the advocacy thoughts of Skousen and Robertson should help you comprehend how it is that, according to a recent poll, Americans have a higher opinion of gay people than they do of evangelical Christians.  The poll also showed that it is now almost 75 percent of the people polled who reported that they knew a gay or lesbian person.  And, of course, we are already at the point where 55 percent of Americans support marriage equality. Equally striking was that, in this poll, 70 percent of Millennials believed that religious groups are alienating young adults by being too judgmental on gay and lesbian issues.  An unrelated poll, taken in 2012 found that a high percentage of young adults associate religion with homophobia.

There is thus an inclination to equate advocacy for gay rights and marriage equality with a simple plea for complete “sexual license.” Among conservative religionists, one also frequently encounters the assumption that since the gay marriage contention rejects God’s will, as embodied in the scriptures, it necessarily embraces an ethical relativism that simply rejects the idea of absolute truths and obligations. Again, however, such advocacy often just bypasses that many of their opponents are themselves religious people who are decidedly not  advocates of ethical relativism. Reliance on loaded, and dismissive, argument is reflective not only of why conservative religionists are losing the marriage equality debate, but also of why young people conceive of their views as homophobic.