The Tyranny of Gross Wealth Inequality 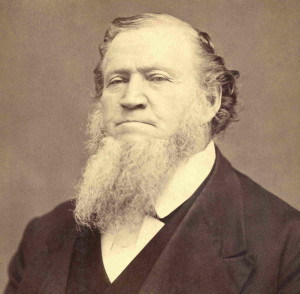 In a 2012 General Conference address, Elder M. Russell Ballard of the Quorum of the Twelve Apostles of the Church of Jesus Christ of Latter-day Saints, expressed concern about "the ever-growing gap between the rich and poor." Elder Ballard's concern about gross wealth inequality has been shared by many of his predecessors. Elder Orson Pratt once observed that "an inequality of property is the root and foundation of innumerable evils; it tends to derision, and to keep asunder the social feelings that should exist among the people of God.... It is a principle originated in hell; it is the root of all evils.... It is inequality in riches that is a great curse."

In 1875 the First Presidency of the Church of Jesus Christ of Latter-Day Saints and the Council of the Twelve Apostles (Brigham Young was President at the time) issued an official statement related to the Church's economic cooperative system. In that statement, they issued a stern warning about the consequences of gross wealth disparity:

The people of communities and nations among whom wealth is the most equally distributed, enjoy the largest degree of liberty, are the least exposed to tyranny and oppression and suffer the least from luxurious habits which beget vice... One of the great evils with which our own nation is menaced at the present time is the wonderful growth of wealth in the hands of a comparatively few individuals. The very liberties for which our fathers contended so steadfastly and courageously... are endangered by the monstrous power which this accumulation of wealth gives to a few individuals and a few powerful corporations...

If this evil should not be checked, and measures not taken to prevent the continued enormous growth of riches among the class already rich, and the painful increase of destitution and want among the poor, the nation is likely to be overtaken by disaster; for, according to history, such a tendency among nations once powerful was the sure precursor of ruin.

The United States currently has the highest level of income inequality among developed countries. A metric called the Gini coefficient has been used to measure and compare income inequality in countries around the world for many decades. As noted in the Atlantic Magazine, the U.S. ranks near the extreme end of the inequality scale right along with an unflattering list of underdeveloped countries such as Cameroon, Rwanda, and Ecuador. China actually ranks better than the U.S. on the Gini scale.

According to The Economist, 95% of the gains from the current economic recovery have gone to the richest 1% of Americans. The top 1% of Americans have 19% of the nation's income (this figure has doubled since 1980) and own 40% of the country's total wealth. CEOs of large companies make about 380 times as much as their average worker today. Meanwhile, the bottom 80% of Americans own only 7% of our country's net worth. Median household income in the U.S. has barely kept up with inflation since 1980. The net worth of the bottom 93% of Americans has dropped in the current recovery while that of the top 7% has grown rapidly. This viral YouTube video on wealth inequality in America, created by a couple of university professors, does a great job of explaining the actual wealth disparities in America, versus Americans' perceptions of wealth distribution.

The impact of huge income and wealth disparities on society are severe. Robert Shiller, who was awarded the 2013 Nobel Prize in economics, recently observed that inequality is "the most important problem that we are facing today." Another Nobel Prize-winning economist, Joseph Stiglitz, concluded that such unequal societies are inefficient and tend to have unsustainable economies and unstable governments. Stiglitz and other economists have warned that income inequality curbs consumer spending and thus results in a reduced aggregate demand, harming overall GDP growth. There is also strong evidence that upward mobility is constrained in countries with great wealth and income disparities. This means that the ideal of the American Dream, the rags-to-riches stories of self-made success, are highly unlikely in economies such as ours.

Additionally, great wealth disparities lead to situations where a limited few wealthy individuals and corporations wield undue political power. The ability of moneyed interests to put into office those who support their political agendas or personal financial interests over the interests of the majority, thereby strengthening their grip on power, poses a significant threat to our republic. As noted recently in The Economist, "the recent concentration of income gain among the most affluent is both politically dangerous and economically damaging." The Supreme Court's unfortunate Citizens United decision has placed our liberties under assault because it permits unlimited corporate influence in our elections, giving America's wealthiest a strong advantage over the average voter. Unfortunately the 1875 warning from Church leaders about the consequences of great wealth disparities was ignored. Their words are especially prescient: "The very liberties for which our fathers contended so steadfastly... are endangered by the monstrous power which this accumulation of wealth gives to a few individuals and a few powerful corporations." One great irony about the 1875 statement is that one of the faces of this assault on our liberties was the last GOP nominee for president, a Mormon, who stated that "corporations are people," or in other words, that corporations ought to be treated with the same legal rights that are bequeathed to citizens.

This is not to say that some wealth inequality is bad. In a capitalist economy, there must be some degree of inequality to create incentives for hard work and risk-taking. Equality of outcome is not the goal. However, we need to do more to spread opportunities widely. In his 2008 Democratic Convention speech, Barack Obama stated, "Government cannot solve all our problems, but what it should do is that which we cannot do for ourselves: protect us from harm and provide every child a decent education; keep our water clean and our toys safe; invest in new schools, and new roads, and science, and technology... It should ensure opportunity not just for those with the most money and influence, but for every American who's willing to work." A society that fails to provide sufficient opportunity for its citizens to thrive, thereby increasing the gap between rich and poor, is one devoid of hope and on track for ruin.