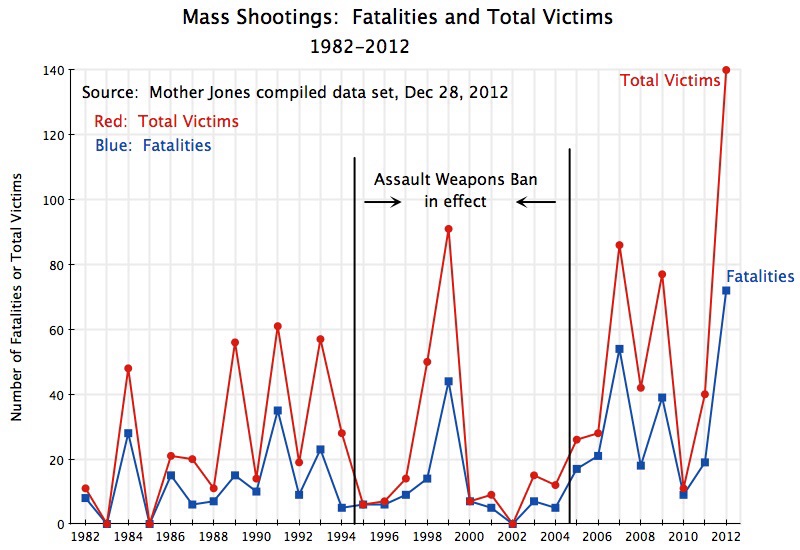 The free market stinks at taking care of mental health in this country. Ever since Ronald Reagan all but completely defunded the government programs targeted toward assisting those with mental health issues, this group of our brothers and sisters have been woefully underserved. There really isn't a booming market for helping those with mental illnesses, and there aren't enough charities with enough money to hire the mental health experts required to actually make a difference in these men and women's lives. So the government has to step in. The free market has abandoned the mentally ill, and while not all of them will commit atrocities like those we witness now on a regular basis, it is clear that the free market has failed miserably.

I'm not entirely convinced that violent movies/video games increase the number of these horrible shootings, but let's say for a minute that they do. Q: Why would Hollywood make these movies?
A: It's just business!
The free market rewards them handsomely. The free market has spoken, and it's wrong. Not only is it wrong, but its mistake is costing us friends, neighbors, and children.

The free market knows that violent TV and movies--Jack Reacher, 24, James Bond, Game of Thrones, etc.--will make them money. They also know that violent video games--Grand Theft Auto, Call of Duty, Halo, etc.--will make them money. In a pure free market system, there is literally no reason for them to stop making that entertainment. Something outside the free market, whether it be the government or a conscience, needs to step in.

So here's an idea: how about 1% of all sales of violent media goes toward gun education and mental health programs? Unless the media companies decided to do it on their own, it would have to be enforced by the government, but if we the people don't do it, who will?

The free market isn't very good at restricting access to things, unless that restriction is a high price (and then poor people don't have access). If it were up to the free market, a (wealthy) seven year-old girl could buy cigarettes, alcohol, fireworks of all sizes at all times of the year, cocaine, tickets to a dogfight, a flame thrower, and child pornography. It is because of government intervention that those things are limited--the free market doesn't do well with keeping dangerous things out of the hands of people who could do the most harm with them.

Approximately 75% of these mass shootings take place with legally-purchased firearms. Regardless of their mental health, it's clear that these people who commit these atrocities in our schools and across our country are not fit to own the weapons they use. If you're going to use a gun to do this stuff, then at some point you shouldn't have been allowed to purchase a gun. And the free market isn't going to do that.

I still don't know what to do to stop this epidemic. I am fairly confident that it's going to be more than a small or simple fix. Maybe it's some combination of mental health reform, media accountability, education, training, background checks, and some revisiting of the expired assault weapons ban. But it does seem to me that whatever the solution(s), the cause is at least partly related to abject failures of the free market.

What do you think? 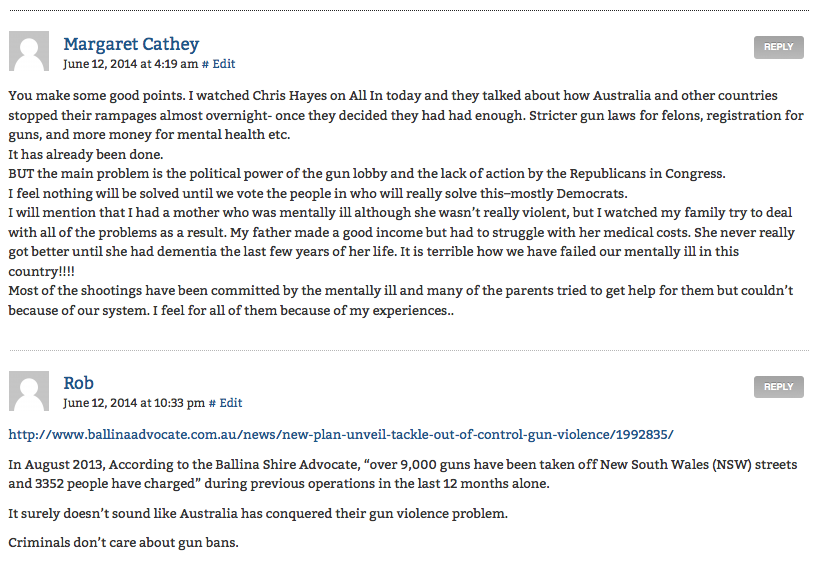 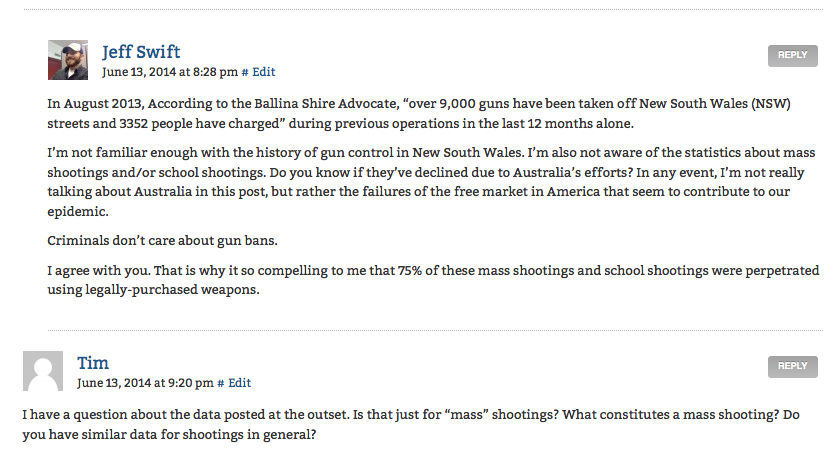 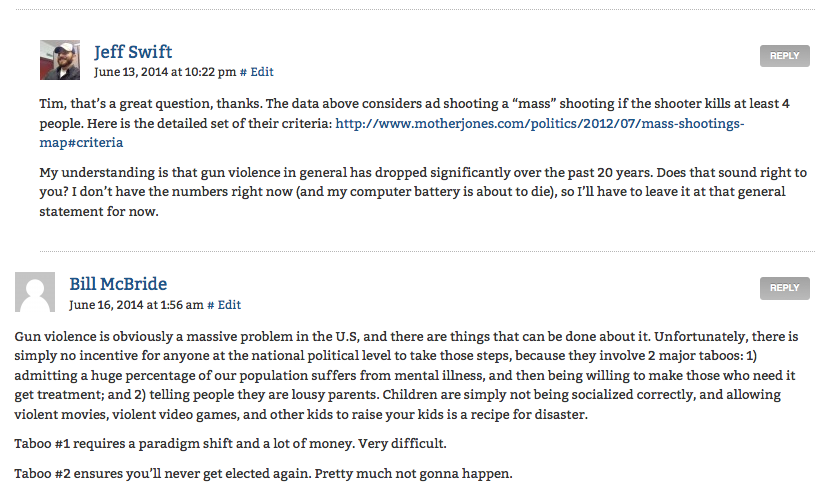 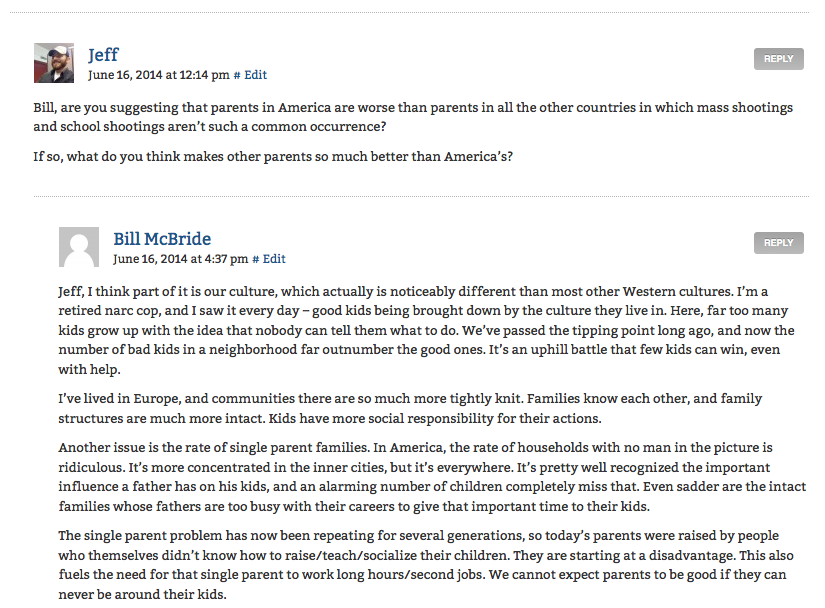 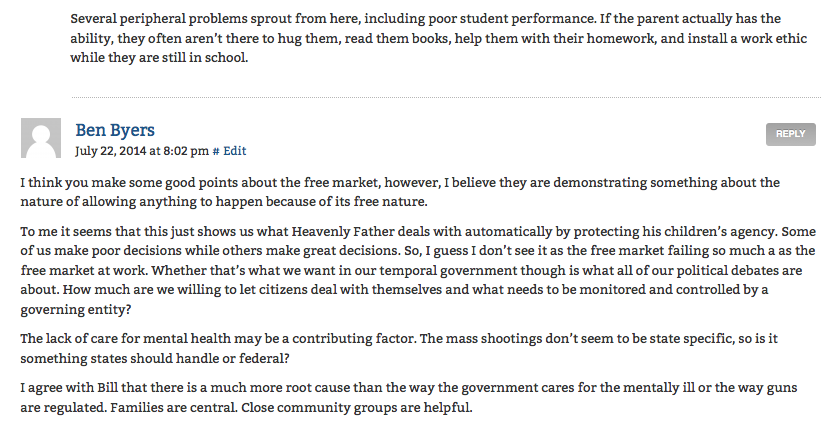