What Not To Say - by Emily Earl Nelson

June is Pride Month.  Here at MormonPress we want to show our support and love for our LGBTQ Latter-day Saint brothers and sisters!  In order to do that, I got permission to post the following - common things we say that cause our LGBTQ brothers and sisters to feel less welcome in our wards.

The original post was written by Emily Earl Nelson and Christina Dee was the one who told me about it.  Let's be kinder to our LGBTQ brothers and sisters and learn what not to say. 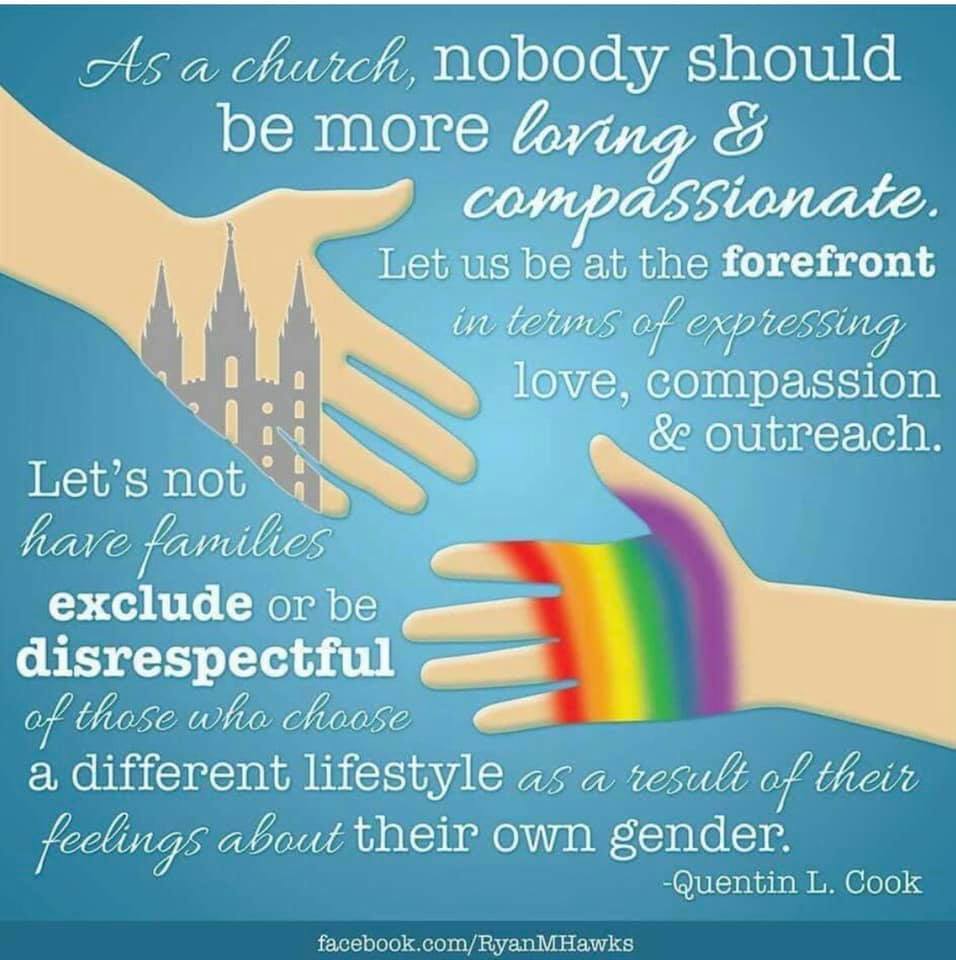 What Not To Say to the Parents of LGBTQ Kids