Why We Weren't Prepared for COVID-19 Part 2

Between Christmas and the New Year in 2019, my family decided to take a trip to Las Vegas. It was a chance to get away. It was also a chance for my oldest daughter, who is serious about violin, to get some intensive training from her teacher. She practiced and had lessons each day through to the afternoon and evening. After she was finished, we'd go see the sights. We saw the Bellagio fountains. We ate at interesting restaurants, went shopping, and had delicious treats. We made our way home for the New Year. We celebrated with lit up sparklers and friends.

A world away, the World Health Organization talked about a mysterious pneumonia sickening dozens in China. 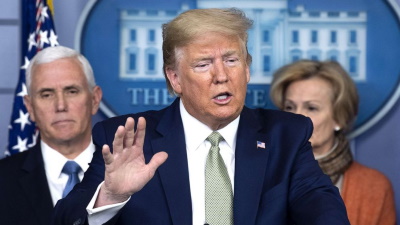 President Trump was told about the serious virus on January 3. Less than two weeks later (January 11, 2020) China reported the first death from the newly identified Coronavirus.

On January 22, the first case was reported in the United States. A man in his 30s from Washington State had traveled to the epicenter in Wuhan, China at the end of the previous year. He was probably not the only one that slipped through, but he was the only one who was tested and detected.

The next day President Trump said, "We have it totally under control. It's one person coming in from China. It's going to be just fine."

If we compare this with the same timeline of President Obama's response to the Swine Flu Pandemic, Obama knew about the virus on April 15. By April April 26 (11 days later) it was declared a public health emergency.

As it was, in between when President Trump knew about the virus (January 3) and when he declared an emergency (March 13), here's what he did instead of preparing:

In conversations with Republican friends who support President Trump, often the argument is made that each state should be prepared individually and none of this is President Trump's fault.  However, national response to a virus coming in from a foreign country is completely the Federal Government's responsibility.  A national strategy should be implemented so that the spread across state lines is minimized.

I want to make it clear, that President Trump is not responsible for the virus.  The response to the virus is completely his responsibility.  He decided to minimize and sidestep instead of honestly facing the threat head on.

In part 3 we'll dive into what the Federal Government and President Trump have done since he declared a national emergency.