Why We Weren't Prepared for COVID-19 Part 1

I remember the Spring of 2009 well. It was one of the first times I sang in General Conference as a member of the Mormon Tabernacle Choir. Our firstborn daughter turned 2. We celebrated with a pinata, pizza, and some stuffed animals that were bigger than she was. Cousins came, friends and grandparents came. The party was a success, complete with a tiara. Our 6-month-old daughter enjoyed the festivities as well.

We didn't know at that time that an invisible threat was looming on the horizon. 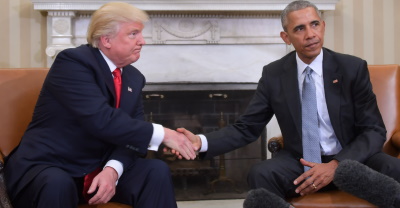 On April 15th, then brand-new President Barack Obama received word that a case of a new flu virus had been confirmed in California. The first in the world. What later became known as the "Swine Flu" started making its way around the world. By April 26th, the 3-months-in president declared a public emergency as outbreaks began and schools with outbreaks were closed and cleaned. Under the leadership of President Obama, the CDC worked with countries around the world to create a vaccine. Countries worked together to find a way to slow the pandemic. There was a national message, a clear direction, and a focus because of the leadership we had at the top.

I remember being scared at the time; not scared for myself but for my little girls. When my brothers and I got together we would, as with all things, banter and joke about the "Swine Flu" but it was always on the back of my mind.

By June of 2009, every state had reported cases of the new H1N1 Swine Flu. Several Summer camps reported outbreaks. In August the CDC activated the School Dismissal Monitoring System, in case of a school outbreak. In late August, a second wave of the Swine Flu began, but a vaccine was close to clinical trials. By September 15, the FDA approved four vaccines. By October doses were given and a national campaign started to get people vaccinated. By December, more than 100 million doses were available and shipped throughout the world. By August 2010, the World Health Organization announced the end of the 2009 pandemic.

Following the 2014-2016 Ebola epidemic, President Obama created a U.S. Pandemic Response team in the National Security Council. They outlined a plan for what scientists knew was not far distant: the next pandemic. They rehearsed a response to an outbreak very similar to the current COVID-19 pandemic. They presented their findings and system to the newly elected administration and laid it all out for Trump and his transition team in 2016.

Trump fired the Pandemic Response Team a little more than a year later.

I think it is useful for us to evaluate what got us here in this moment, so that moving forward we don't collectively make the same mistakes. This is the first in a series I'll be doing on COVID-19. Stay tuned!