10 Reasons I Became a Democrat

When I marched down to the city office building in Brigham City to change my party affiliation, I couldn't help reflect on how much I had changed in twenty years. How is it that someone goes from being a Rush Limbaugh listening, fourth generation Republican, to becoming a member of the Democratic Party? 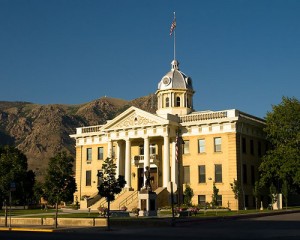 I came from a family that was very politically involved.  My father was a mayor of Nephi, Utah in the early 80’s.  His proudest political moment was his involvement in the Reagan campaign going back to 1976.  He became personally acquainted with Orrin Hatch and Jake Garn and others who changed the state of Utah during the Reagan era. During high school and college I spent many hours working for the Grand Old Party.   I volunteered many hours at the log cabin office of Jim Hansen.

The health care debates of 2009 changed everything.  While many of my friends rushed to the Tea Party to participate in the Utah caucuses to elect Mike Lee, I checked the box that made me an affiliated member of the Democratic Party.   I had reached a point in my life where the political beliefs of my younger years no longer made sense.  My political evolution started the day I received my mission call.

During this coming year, I would like to point out a few reasons why I became a progressive.  A little bit about myself—I’m an active member of the Church.  I’m the Sunday school president in the Lorrin Farr 3rd Ward in Ogden, Utah.  Below, I will give you ten reasons why I changed political parties.  Each week, I will expand on each viewpoint giving a thoughtful, reasonable, and faithful response.  I welcome your comments: 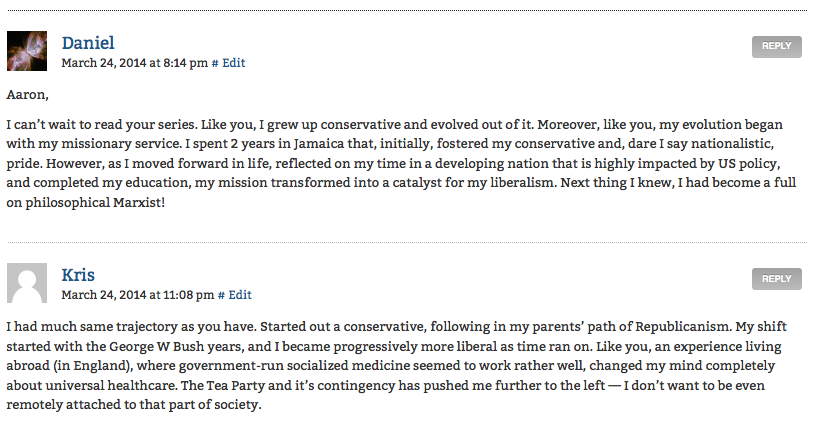 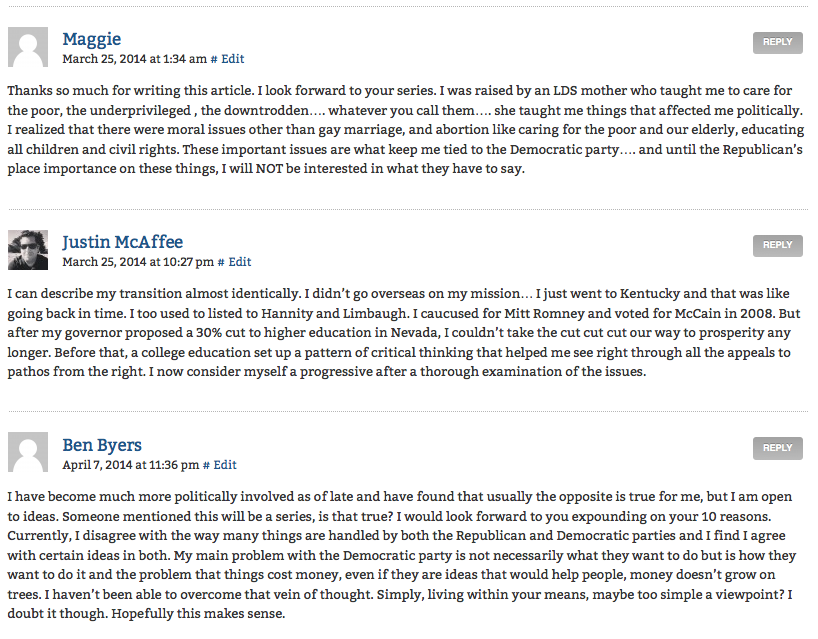 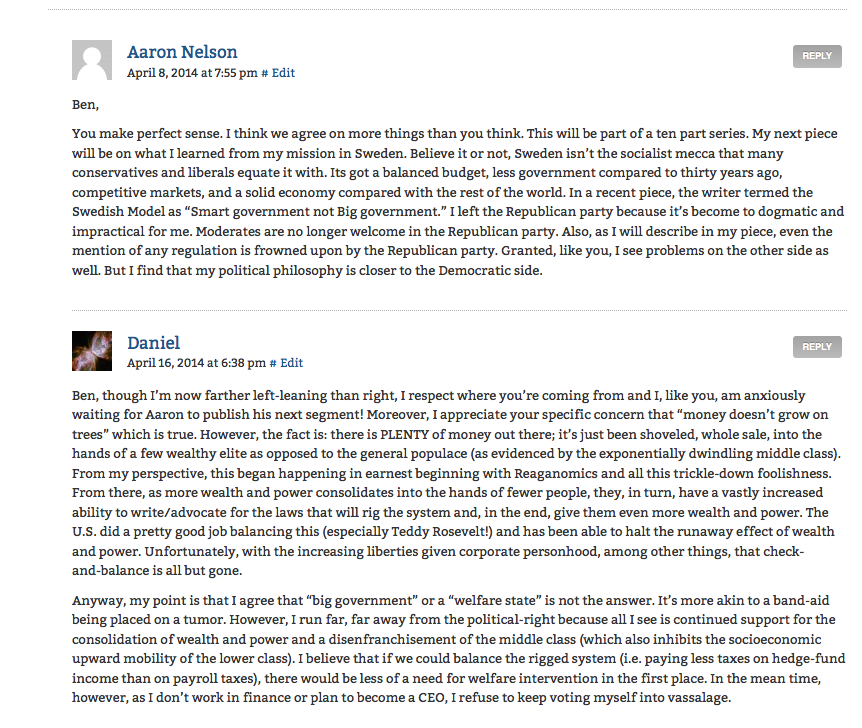