I am a member of the Church of Jesus Christ of Latter-day Saints.  Integral to this identity is my history.  My past is also linked to the suffering of my ancestors at the hands of mobs in Missouri and Illinois.  I spent a summer as a performing missionary in Nauvoo singing about the trials and my ancestors went through.  The tiny graves; the mothers giving birth on the trail; the frostbitten toes; the bruised and broken bones - but not broken Spirits.  The original words to the hymn Praise to the Man - a hymn glorifying Joseph Smith's deeds and martyrdom - have a verse in which millions sang, "long shall his blood which was shed by assassins, Stain Illinois, while the earth lauds his fame."  This persecution is built into every piece of the history of my religion.  It is part of our culture as Latter-day Saints. 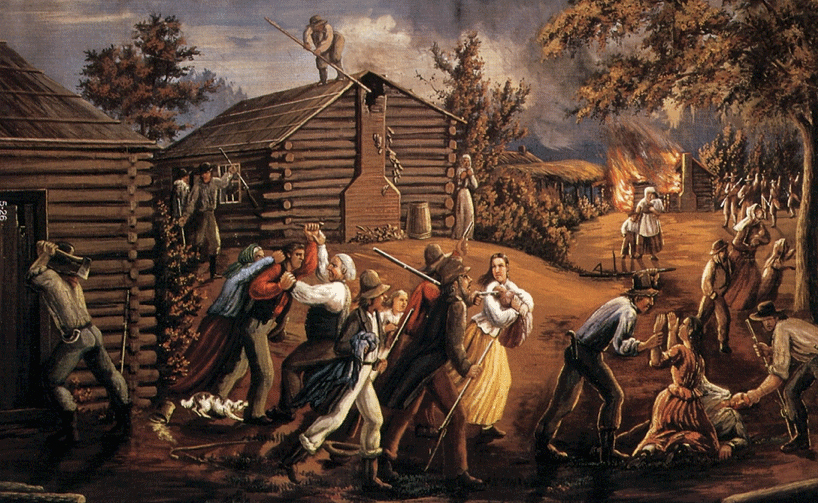 Recently a slew of state legislatures, including my own here in Utah, passed resolutions banning our schools from teaching Critical Race Theory (CRT).  If you're not familiar with Critical Race Theory, you're not alone.  It is not something taught in K-12 education - nor was it proposed to be taught in Utah as part of our K-12 education.  (The basic idea of CRT is that people of lighter skin (Europeans) have subjegated people of darker skin for hundreds of years, and the systems we've created are built to keep that power structure in place.)

Integral in CRT is the idea that Black, Indiginous, People of Color (BIPOC) have been persecuted, beaten, murdered, kidnapped, raped, and otherwise treated unjustly for hundreds of years. This is not debatable.  Black folks were enslaved in what is now our country since 1619.  They were enslaved long before that around the world.  Christopher Columbus enslaved quite a few of the Taino people he found here in the Americas.  These were people not unlike the people of Ammon - peaceful, welcoming, and incredibly Christlike.  We should all know by now that most of us who are White in the United States, live on land taken from people who have darker skin.  The White House was built on the backs of enslaved people.  Sweeping these truths under the rug and banning teachers from teaching truth will only lead to more ignorant micro-aggressions and a continued distrust of those who are different.

In 2014, the Illinois State Legislature passed House Resolution 793, apologizing for the murder of Joseph Smith and the expulsion of the Latter-day Saints from Illinois.  This was 168 years after the expulsion happened.  The reason it took so long for the apology to be issued was because the people of Illinois were not taught the history.  Only after a state legislator was informed by a neighbor about what happened did something change.  There has been no apology from Missouri, nor from Ohio.  They don't know what happened.  They weren't taught the history.  Until 1976, the extermination order was still in force because no-one knew about it.  The people of Missouri didn't know what happened (most still don't)!

It is hard to repent, if we don't know we're doing anything wrong.

It is ridiculous to think that the Utah Legislature would ban the teaching of Mormon History (what I'm calling Critial Religion Theory), considering it is part of the history of Utah.  It is equally ridiculous that any state in the United States would ban teaching the history of racism as it is part of the history of our country.  Oklahoma just passed an anti-CRT bill, so even fewer people will learn about the history of the Tulsa Race Massacre.  In my Kaysville Elementary School classes I was never taught that there were slaves in Utah (there were) and that Latter-day Saints kidnapped Indiginous American children to bring them up "in the gospel."  I don't think I needed to know all the grisly details, but an overview teaching that my ancestors weren't perfect and that we can do better would have done me good.  Maybe I'd have a little more understanding when I see the wealth gap between myself and those who have been oppressed for centuries.

I do not advocate for the whole of CRT to be taught in elementary school.  It is a very complicated theory that really should be reserved for college.  However, we should be taught that our ancestors have oppressed BIPOC for centuries and we are still living in the system created to oppress.  Only after we understand that history will we understand how to move forward in a way that Jesus would.