Dr. Gregory Prince: Mitt Romney Is Not the Face of Mormonism 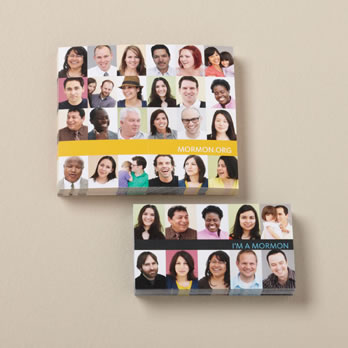 Wednesday, in the Huffington Post, LDS historian and author Dr. Gregory Prince wrote a piece that, in some ways, I've been waiting to appear since Governor Romney said we should "double Guantanamo" back in May of 2007. The newly revealed remarks dismissing 47% of the country (including many Mormons), prompted Dr. Prince to write in part:

"The very basis of Mormon community, stretching back to the earliest years of Mormonism nearly two centuries ago, is that the more able have a sacred obligation to assist the less able. That sense of physical community was institutionalized in the Church's Welfare Program, which sprang out of the Great Depression as an exemplary and effective means of combining church and government assistance not only to give to those in need, but also to help them to help themselves . . . Judge Mitt Romney as you will, and vote for or against him as you will; but do not judge Mormonism on the basis of the Mitt Romney that was unveiled to the public this week. He is not the face of Mormonism."

Dr. Prince was on the Lawrence O'Donnell show on MSNBC Thursday evening to discuss his column, Mitt Romney, and Mormonism. I encourage you all to watch it here.